La Mezquita, in Cordoba, Spain, began its existence as a mosque when construction began in 788 AD. The interior of the mosque is breathtaking with hundreds of red and white striped double arches. 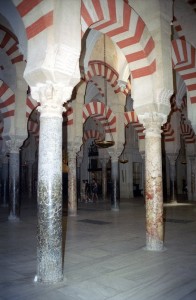 The Mihrab, the most sacred part of the mosque, has intricate geometric designs.

Later, in the life of this remarkable building (in the 16th century), after the Christians conquered the Moors, a cathedral was erected within the center of the mosque, which, except for its position, would probably be an important sight in and of itself.  The Choir stalls are beautifully carved mahogany and the pulpits are also noteworthy. Now, however, it detracts somewhat from the mosque.

Outside is the Patio of the Orange Trees, a shady respite from the summer heat and the bell tower which dominates the skyline of the city. 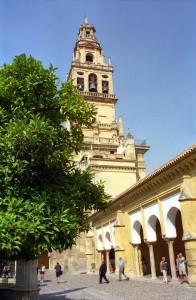 The Moorish, walled city of Cordoba is a delight to explore because cars are not allowed in the city center. Buildings and walls are white-washed, and the residents of Cordoba plant flowers outside their windows to embellish the scene. Peek through the wrought-iron gates for a glimpse into the lovely flower-bedecked courtyards which the city is known for. 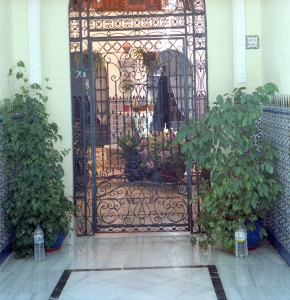 Stop at the Alcazar de los Reyes Cristianos which boasts formidable walls and several interesting towers. The gardens are lovely and, because of their abundant use of water, are particularly refreshing during the oppressive heat of summer. 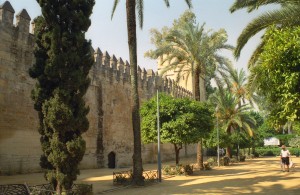 Stroll through the elegant Plaza de Corredera with its attractive, orange colored buildings. 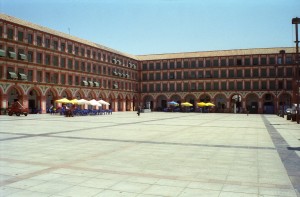