Gettysburg National Military Park commemorates the bloodiest and most decisive battle of the Civil War. 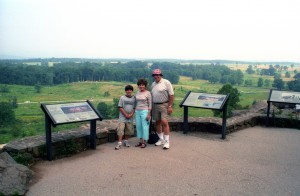 The battlefield area is extensive and requires driving in and around the town of Gettysburg to fully appreciate the drama. There are also monuments for the various states and militia which took part in the battle. 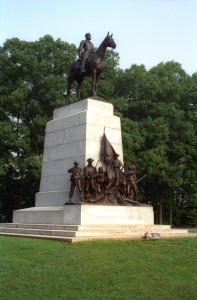 Head for the Visitor Center first and obtain an orientation map and self-guiding auto tour. 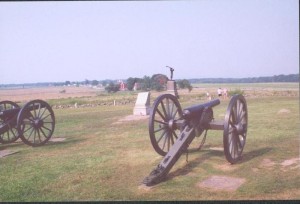 Also check out the special events scheduled for the day and attempt to include some in your visit.

Be sure to view the Cyclorama Sound and Light Show which highlights the major events of the battle, using a circular painting.

1.  At Gettysburg, take a personally guided tour with a licensed battlefield guide.  It is worth the cost because it is so difficult to appreciate the scale and timeline of the battle without an expert.

2.  Also, it is helpful to either see the movie, “Gettysburg” or read the book, “Killer Angels”, by Shaara, prior to a visit so that the events of the battle are fresh in the mind..