Rome is called the “Eternal City” because it seems to have always been here and seems to go on forever. Let’s hope it does because it is a truly wonderful place to visit. The mix of old and new is both surprising and refreshing. Everywhere you go in the city there are things to see.

Old Rome revolves around the Colosseum, the famous arena built in 79 AD. 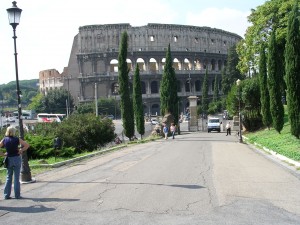 Its interior stills evokes wonder and awe at the spectacular events which were staged here. 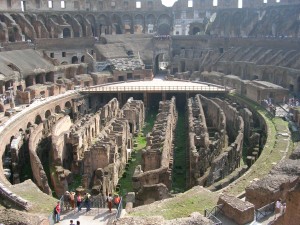 Nearby is the Roman Forum, where men like Caesar and Cato walked and discussed significant issues. 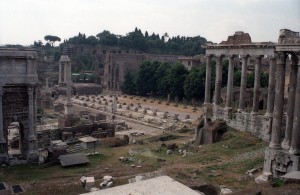 Between the two is the Arch of Constantine, the best preserved of three triumphal arches in the area. 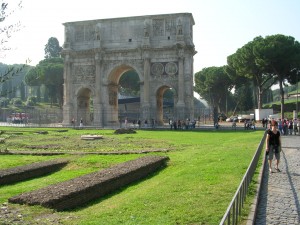 My favorite building in the city is the Pantheon, still remarkably intact. 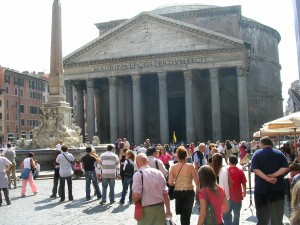 Its interior is positively beautiful. 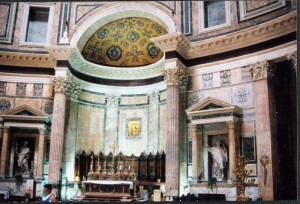 Behind the Pantheon is a lovely Bernini Sculpture. 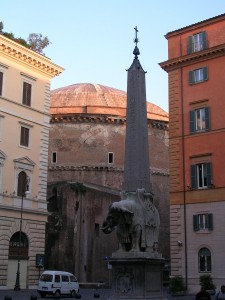 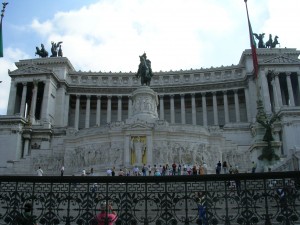 One of Rome’s most popular gathering places is the Spanish Steps. It seems that there are always people lingering in the square at the base of the steps or on the steps themselves. 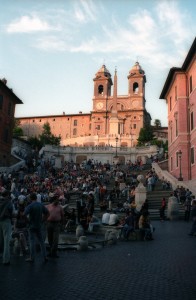 Another magnet for tourists is the Trevi Fountain, made famous in the movie, “Three Coins in the Fountain.” 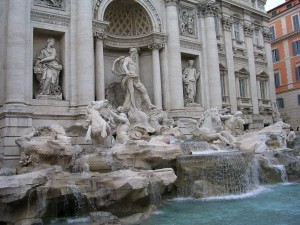 My favorite square in Rome is the Piazza Navona, an oblong space with three (3) large fountains. 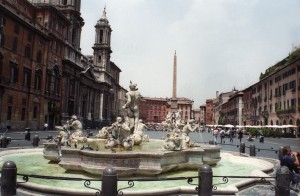 Another large square, Campo de Fiori, was the site of a large flower market. Now it serves as an open air food market. 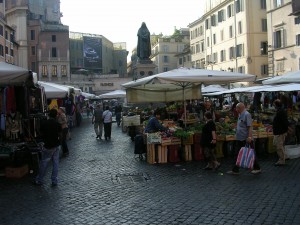 The Trastevere section of the city is another interesting place to visit. 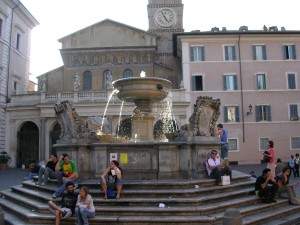 Along the Tiber River, you will find the Castel sant’Angelo (Hadrian’s Tomb), featured in the prequel to the DaVinci Code, “Angels and Demons.” 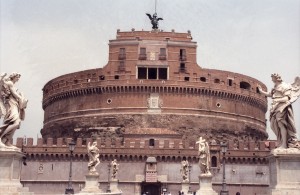 On the other side of the Tiber is Vatican City, actually a separate country, but completely within the Rome city limits. Here visitors will find St Peter’s Basilica and Square. 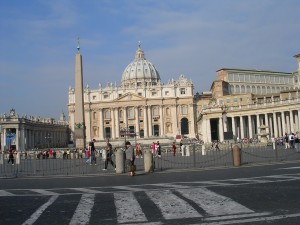 A highlight of any trip to the Vatican is the Vatican Museum, one of the world’s great Art museums. 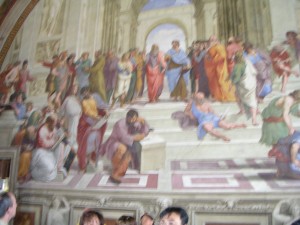 Michelangelo’s famous “Pieta” can be found near the entrance to the church. 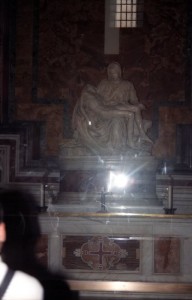