Saguaro National Park is composed of two separate districts. One (Rincon Mountain) is just east of Tucson while the other (Tucson Mountain) is just west of the city.  These two locations preserve stands of the Saguaro cactus which grows only in this general area. 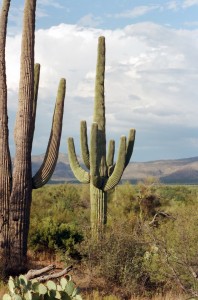 The eastern district is larger and offers a 13 km (8-mile) scenic loop drive. 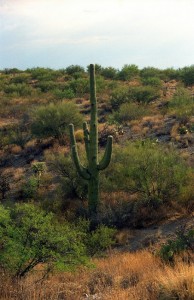 Both areas have numerous walking trails which identify the various cactus species encountered. 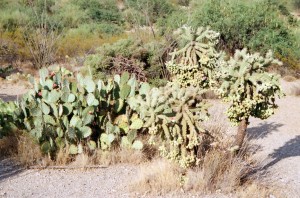 Watch out for rattlesnakes along the trails!

Xavier del Bac (the “White Dove of the Desert”), an Indian church which exemplifies Spanish mission architecture is striking because of its location, standing alone in a desolate landscape, and for its detail, both inside and outside. Its location is just west of Tucson. 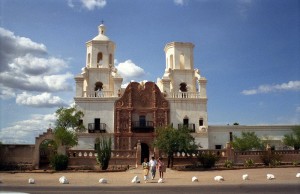 Inside the church is a continuously running video which discusses the building and which also solicits donations..