The Alamo and the Paseo del Rio are San Antonio, Texas’ major attractions.  The Alamo is an old, Spanish mission which was the scene of a famous battle in the fight for Texas’ independence from Mexico. The Alamo is an inspiration to Texans and to all men and women because of the dedication and spirit of the 189 men (including Davy Crockett and Jim Bowie) who gave their lives here in 1836. 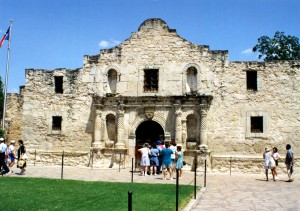 The Paseo del Rio (Riverwalk) was part of a city revitalization effort that became famous because it actually worked.  The 2 ½ mile (4 kilometer) area along the San Antonio River has been transformed into a charming and exciting venue for strolling, shopping, dining, and many other activities.  It is especially attractive at night when the lighting produces an aura of romance. River taxis and dining cruises ply the waters at all times of the day and night. 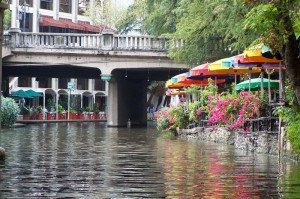 Before a visit to the Alamo, see the IMAX theater presentation, “The Price of Freedom” which chronicles and dramatizes the events surrounding the battle.