Our second day in Memphis was basically a “museum day.” We began the day at Graceland, the former home of and now shrine to Elvis Presley. We chose the Platinum Tour which includes all the various venues within the complex. All tours begin at the Presley Mansion, Graceland, where Elvis lived for the last 20 years of his life. 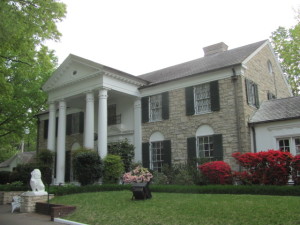 The tour allowed us to visit many of the distinctive rooms of the mansion, including the living room. 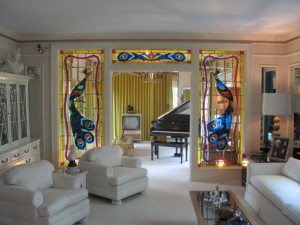 Some of the rooms, such as the Raquetball Room displayed Elvis’ hundreds of awards and accomplishments. 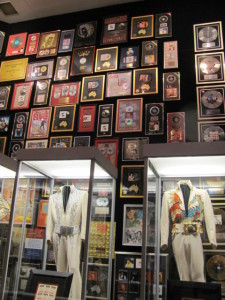 Another exhibit at Graceland featured the singer’s many automobiles, including the famous pink cadillac. 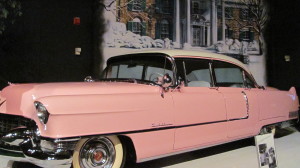 Also on the grounds is Elvis’ gravesite, located in the Meditation Garden at the rear of the mansion. 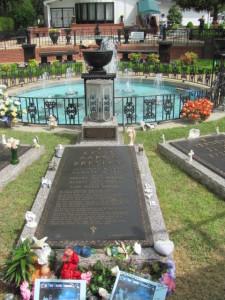 After our visit to Graceland we headed to downtown Memphis to visit the National Civil Rights Museum. 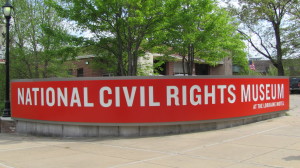 Besides chronicling the history of the Civil Rights Movement in America, the museum’s main purpose is to educate the public about the assassination of Martin Luther King, which took place in this location on April 4, 1968. Exhibits highlight the events leading up to the assassination which occurred on the balcony of the nearby Lorraine Motel. 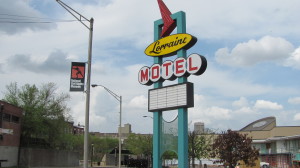 James Earl Ray, who was convicted of the shooting, took the fatal shot while King was smoking on the balcony of the motel’s second floor, a spot that is now marked with a white wreath and a monument. 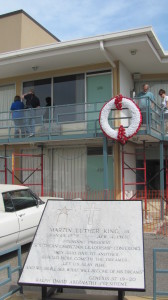 Where Martin Luther King was shot

After our visit to the museum we took one last ride through downtown Memphis to see a couple of places that we had missed yesterday. For instance, we drove through Memphis’ Victorian Village, a section of vintage homes from this distinctive era. We stopped at the Mallory-Neely House for a picture. 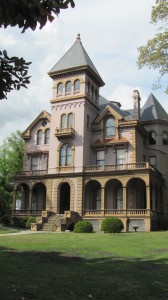