Berlin was a total surprise! I was never much interested in going there. It didn’t sound like a very interesting city and I assumed that there was so much damage during World War II that there was little of interest to see. I was aware that there are many significant museums here, but I am not much of a museum person. However, with little interest in Warnemunde, I decided to book the long (13 hours) excursion. We were both pleasantly surprised although we returned to the ship exhausted after the 3-hour train ride (each way) and 3-hour bus ride through the city. We spent the remainder of the time “on our own” during which time I did much of my Walking Tour of Berlin.

Our bus orientation tour took us first to the Tiergarten, a huge city park which was once the royal hunting grounds. Here we saw the Victory Column, a tall monolith, capped with the goddess, Victory, which commemorates Prussian victories over Denmark, Austria, and France during the 19th century. 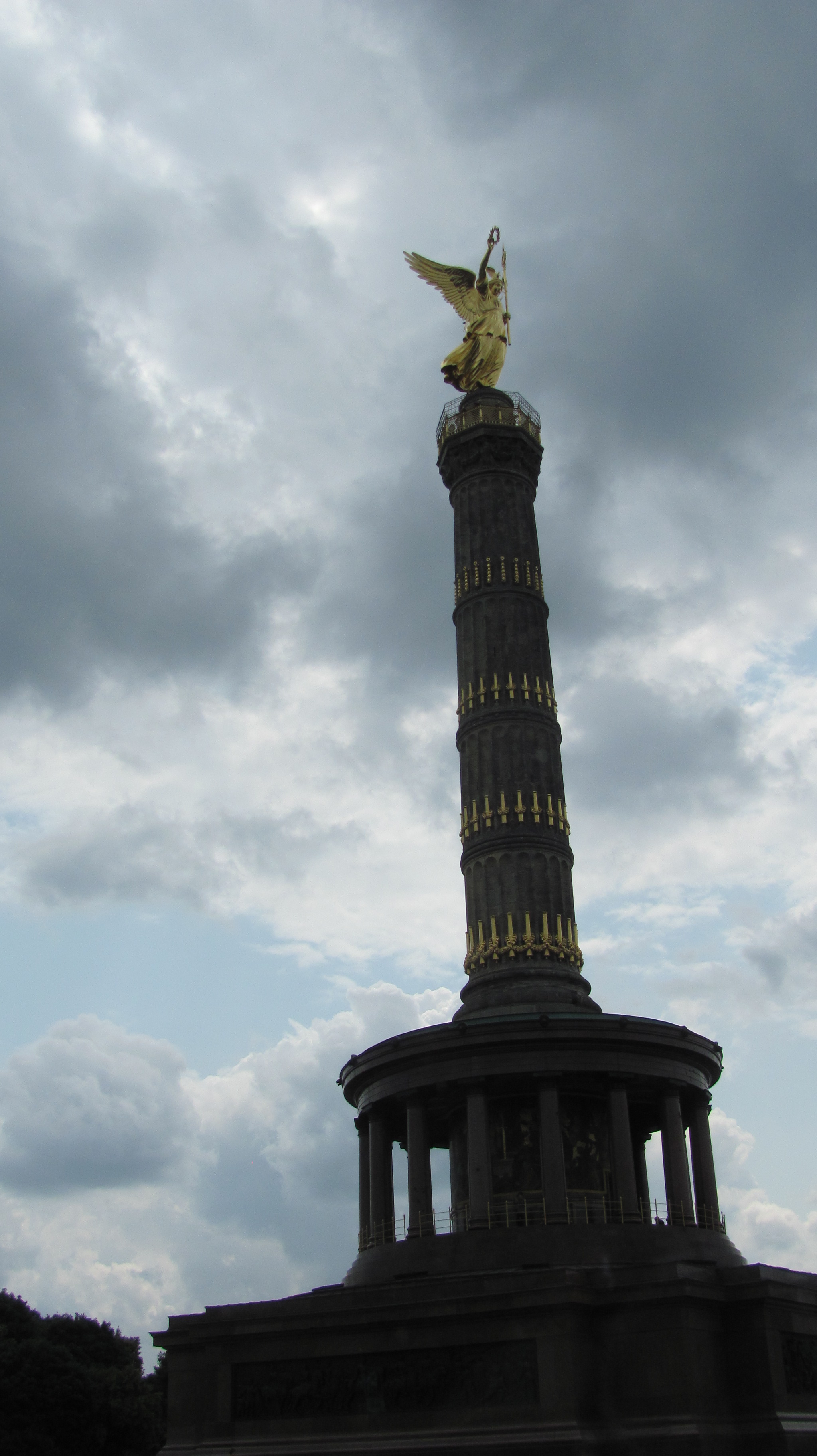 We also passed by the Reichstag, Berlin’s Parliament Building which is a combination of the older Neo-classical structure and a new transparent dome from which Berliners can watch their legislature in action. 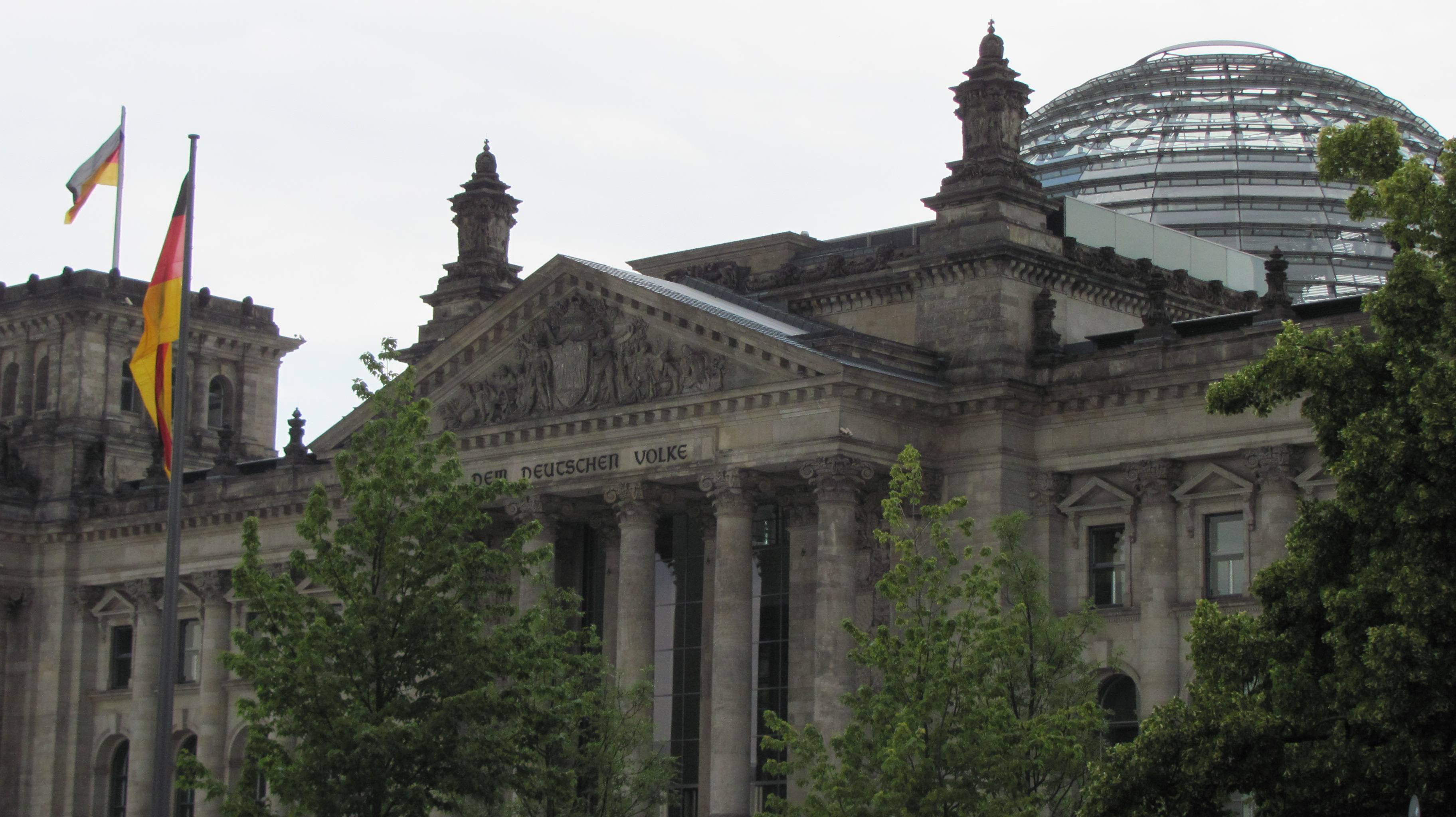 Nearby is the main tourist attraction in Berlin, the Brandenburg Gate, a triumphal arch capped with a Quadriga, a statue of the Greek goddess, Victoria, in a chariot drawn by four horses. The last remaining gate of the old city has tremendous historical significance and is recognized around the world as the symbol of Berlin. 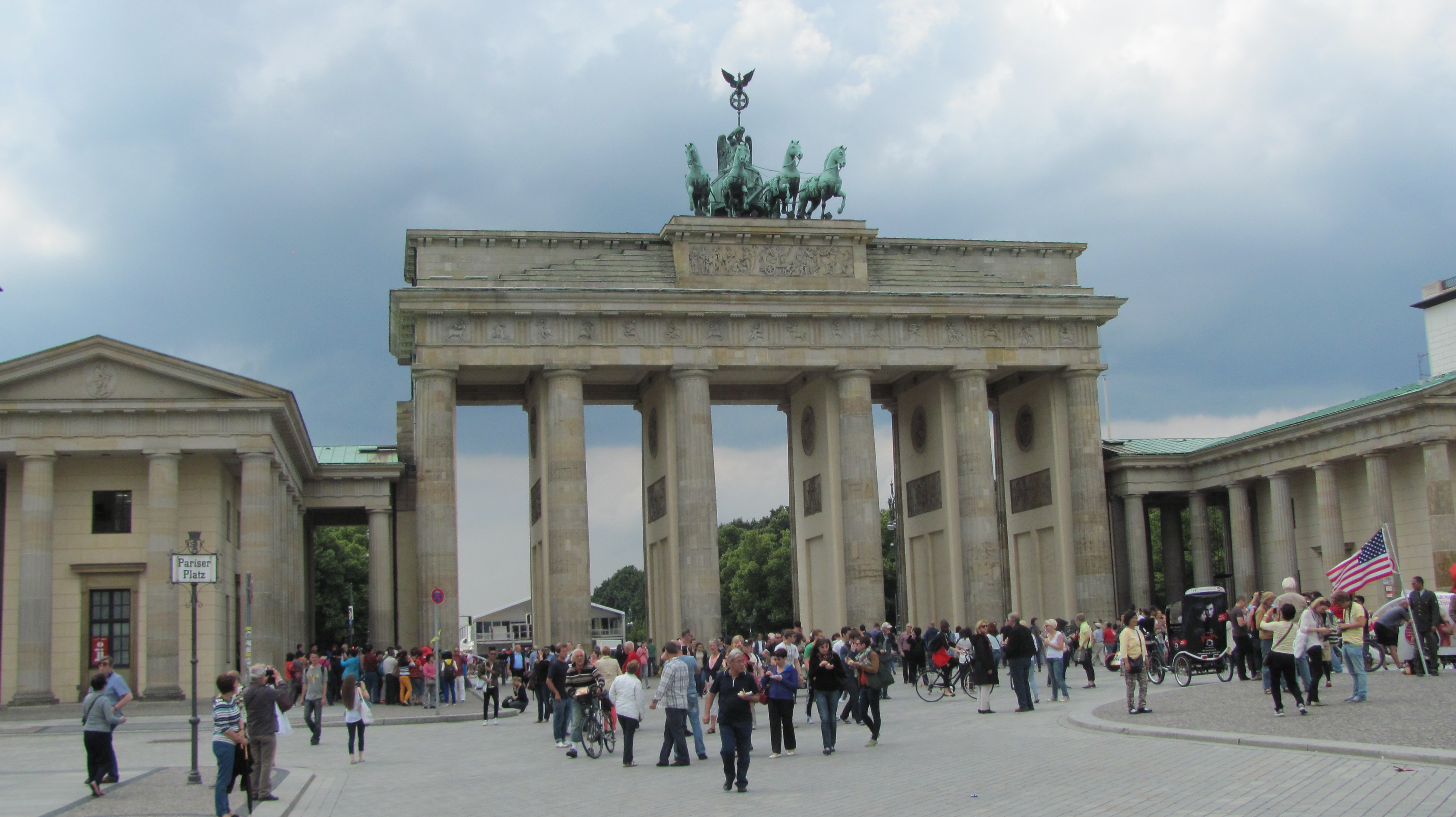 From here the bus took us to Checkpoint Charlie, the US guard shack on the border between East and West Berlin during the years following World War II. 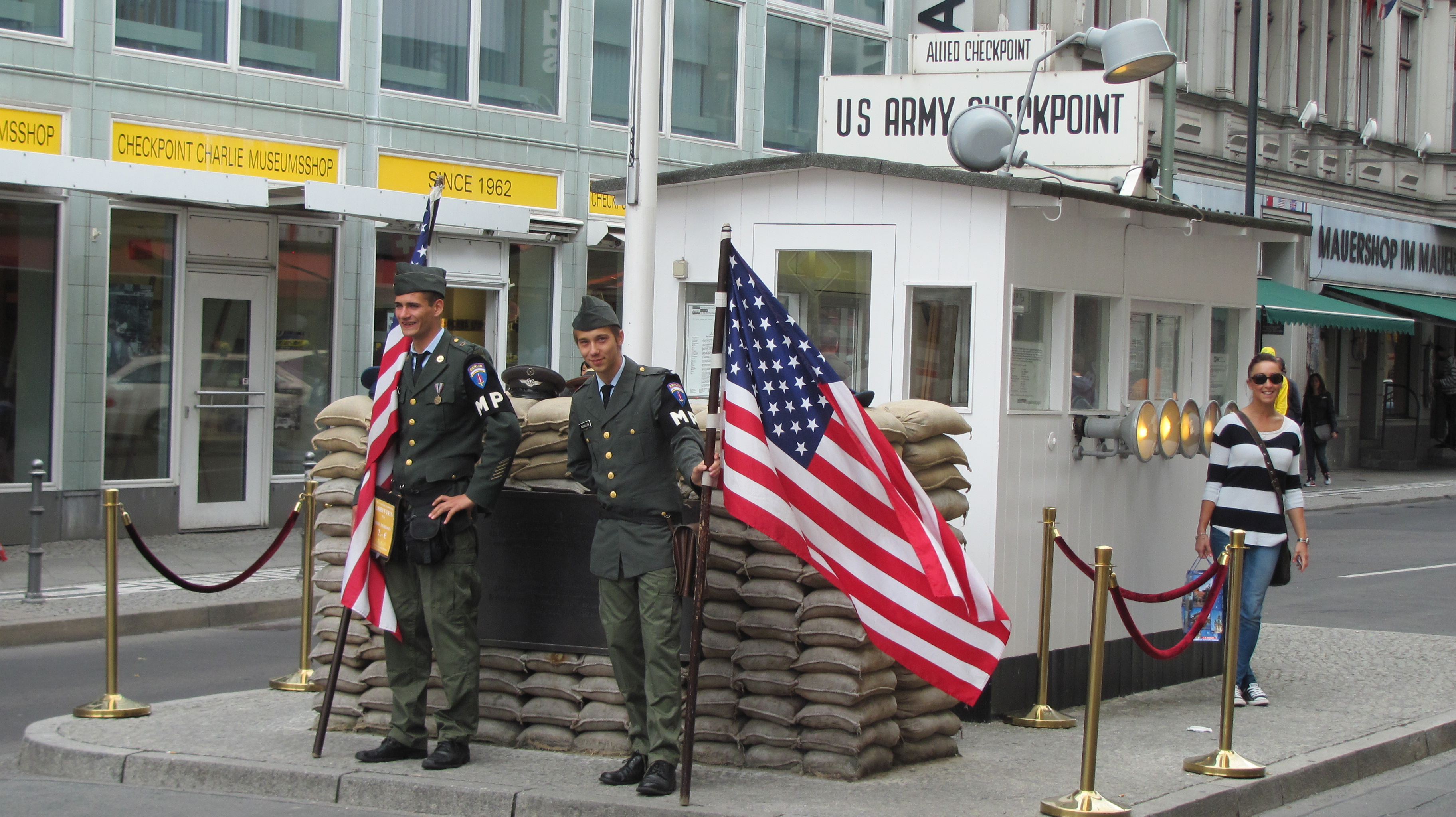 Nearby is one of the last remaining sections of the Berlin Wall. Artists from around the world were invited to paint sections of the Wall so it is now interesting and bright rather than its original drab gray. 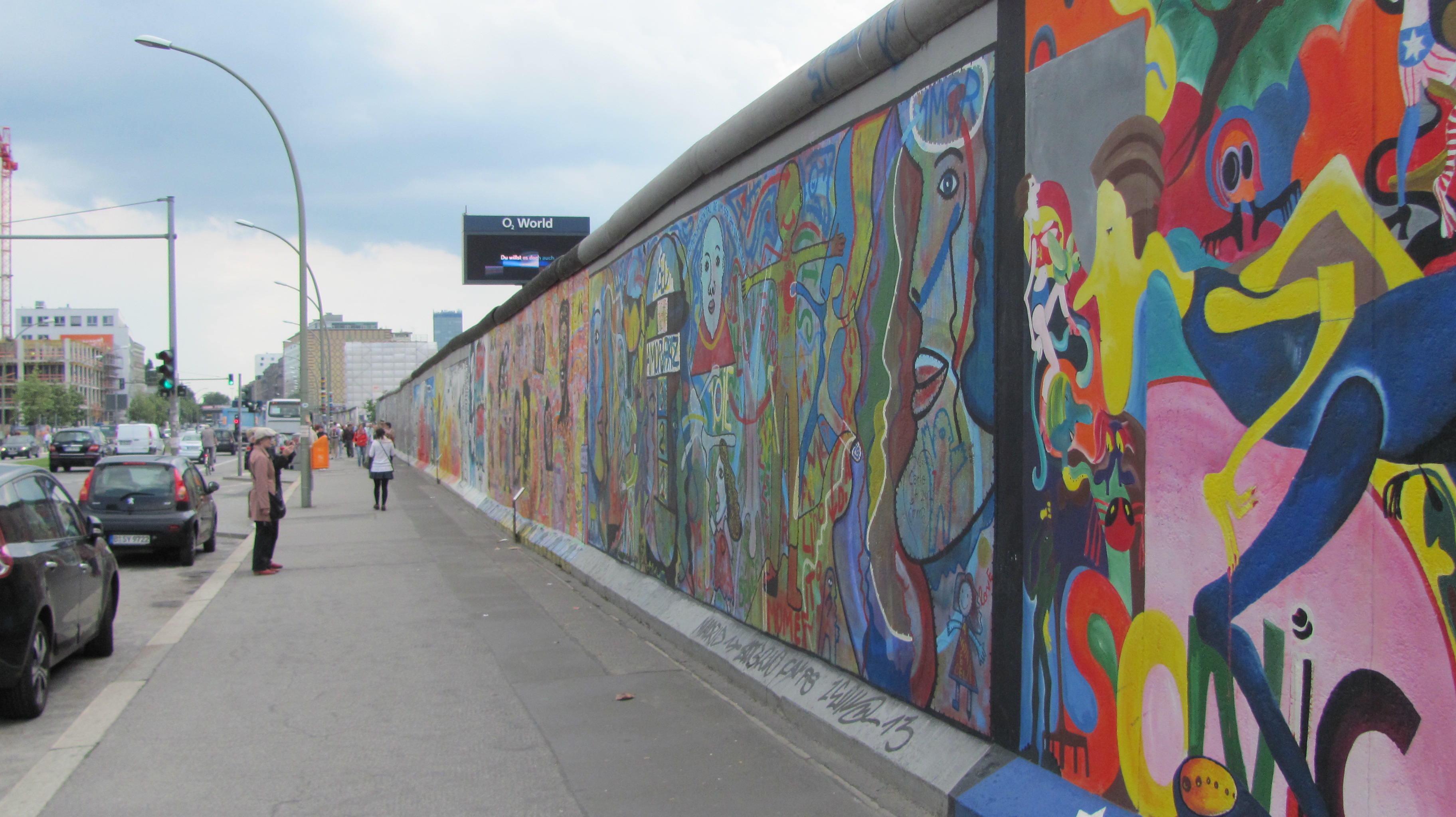 We spent the next two (2) hours on our own in Berlin, during which time we walked to several of the must-see locations on my Walking Tour of Berlin. For instance, we walked along the broad, shaded avenue known as Unter den Linden and passed the old arsenal. 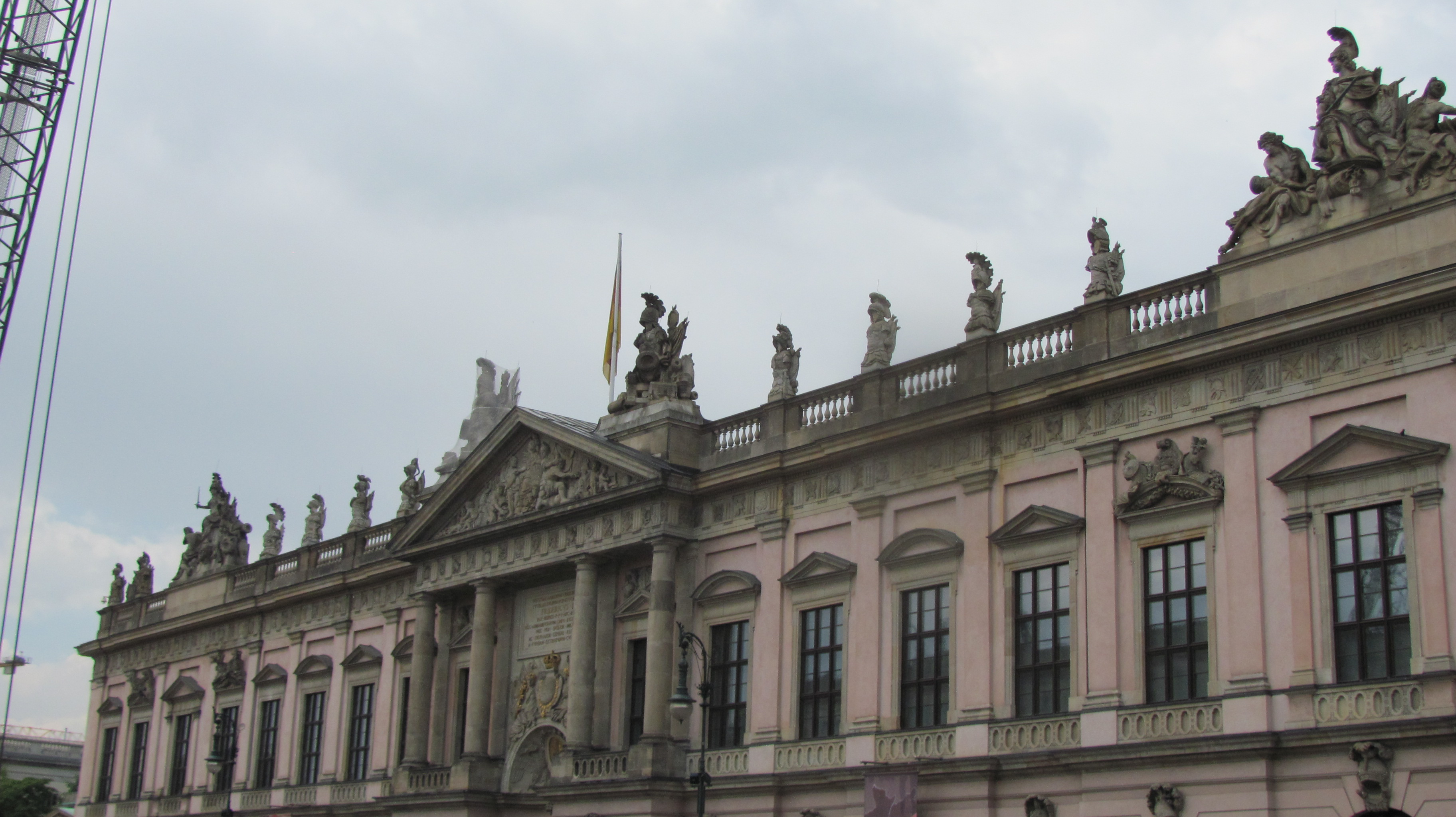 Further along in our walk, we crossed the Spree River, past Museum Island, to reach the Berliner Dom, the Cathedral of the city, a magnificent edifice. 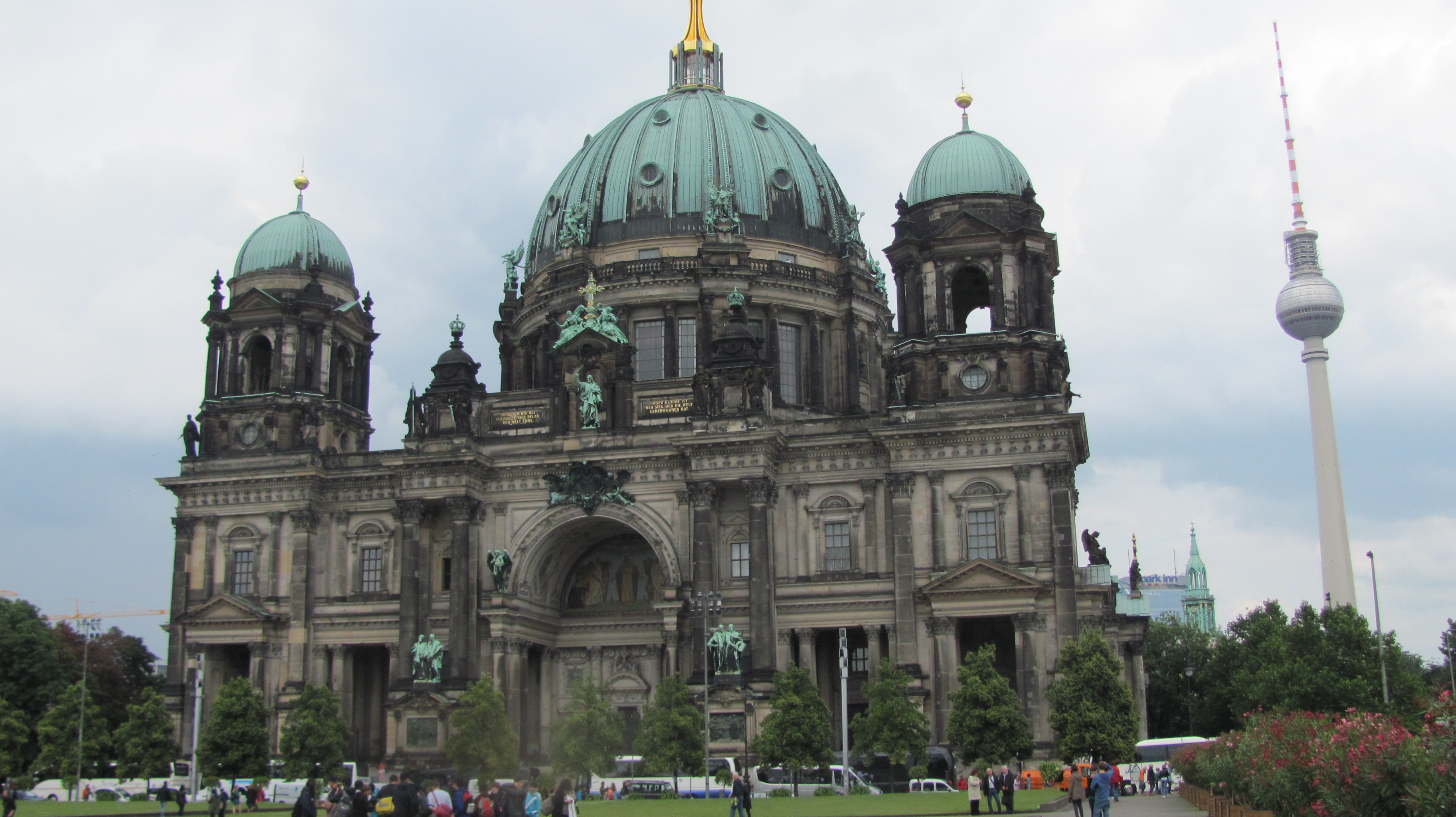 Just beyond the Cathedral is Alexanderplatz, one of the most interesting squares in the city. Here we found the TV Tower, the tallest structure in the city, and St Mary’s Church. 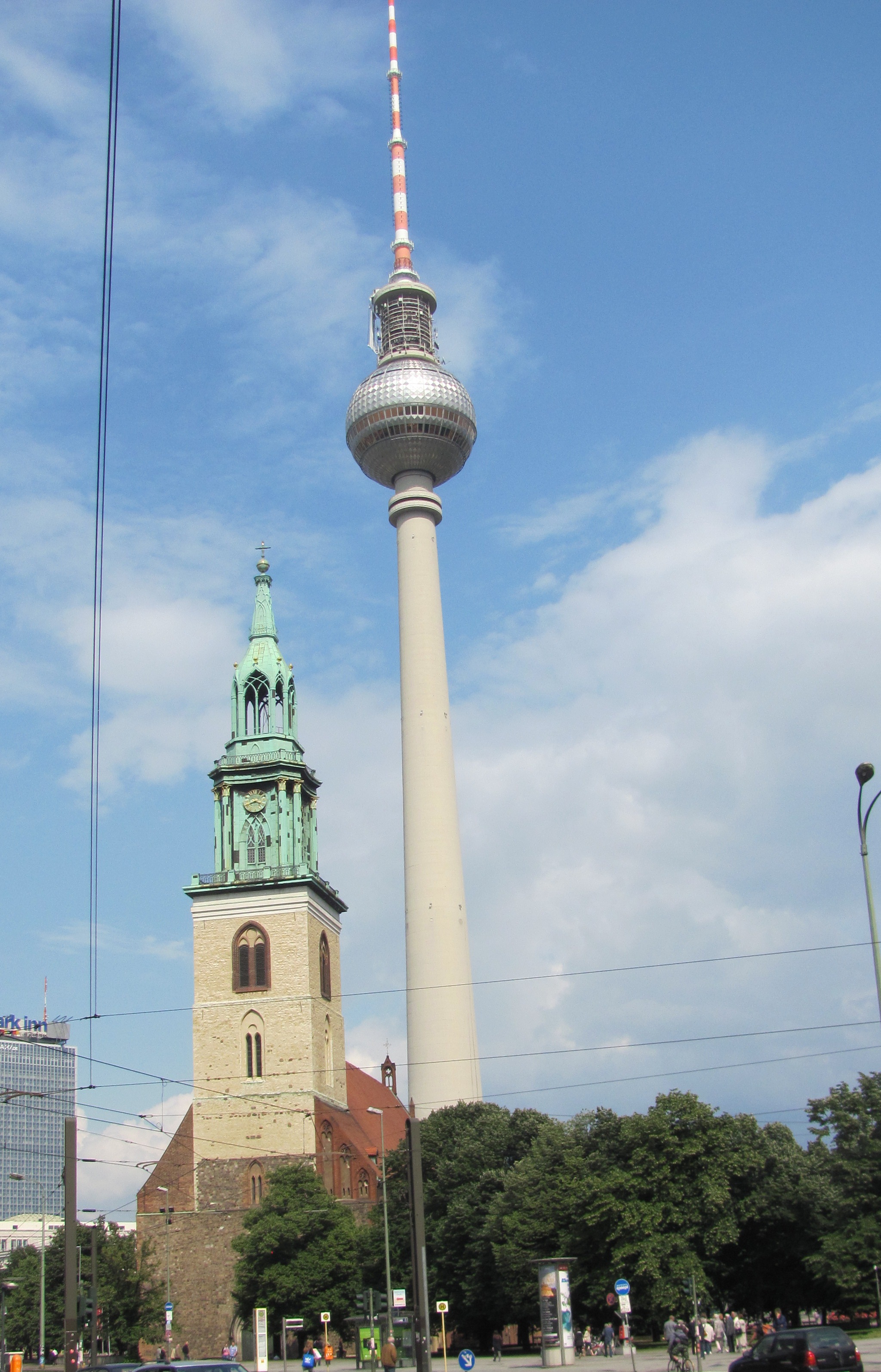 Also on the square is Berlin’s striking red-brick City Hall. 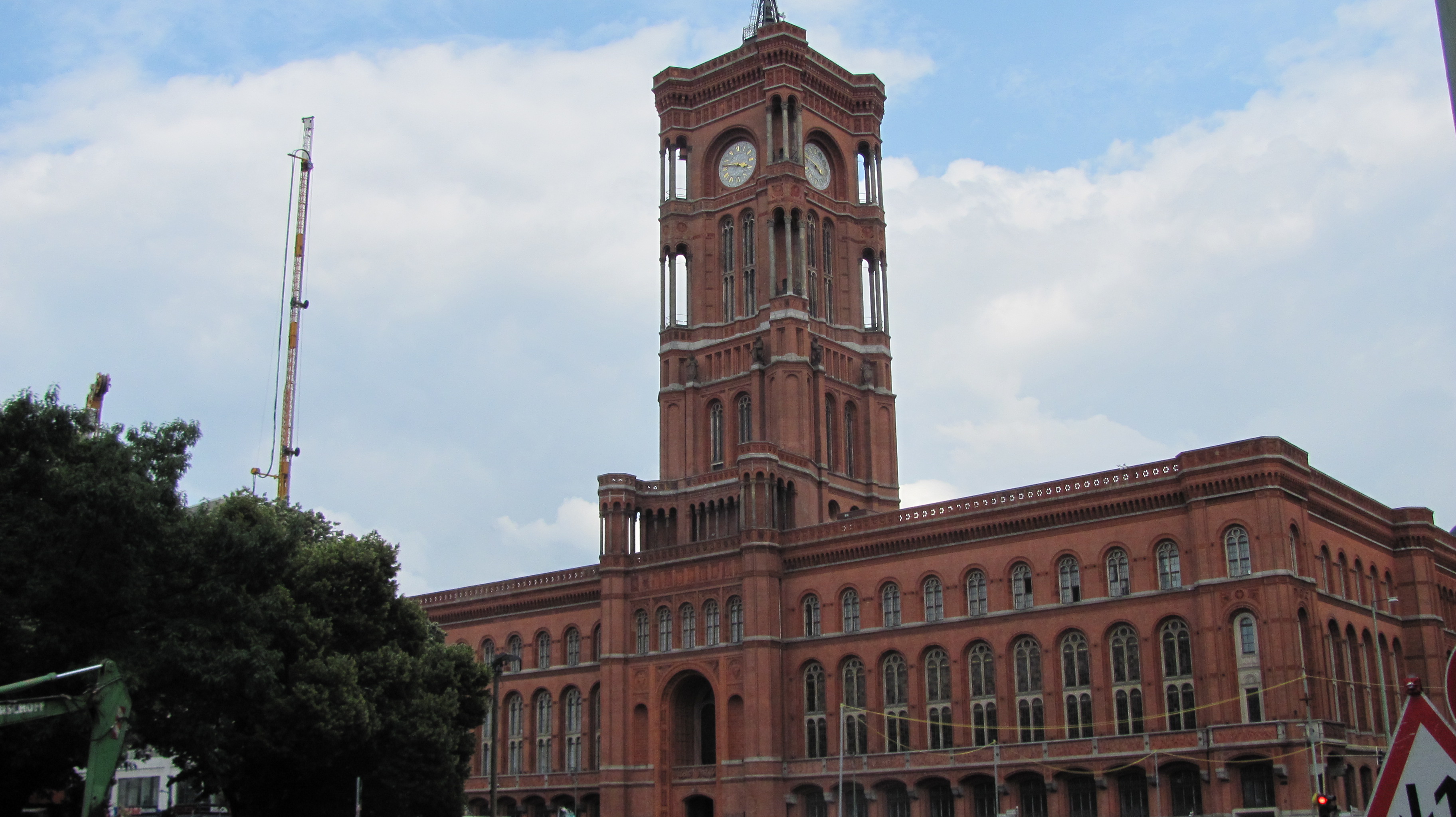 We met our bus, for the return trip to the train station, arrived at Warnemunde Station, and then walked the short distance to the ship.