On our day in Helsinki we concentrated our attention in the City Center, the area around the harbor where most of the tourist attractions are located. We tried something different here, however. We purchased tickets on the “Hop on, Hop off” buses as a way of getting around the city without as much walking. We knew that two (2) of the major sights are a distance away from the center. It worked very well for us, although we have since heard some horror stories about people missing their cruise ship because of these buses.

Our first stop was the Rock Church (Temppeliaukio), crafted out of sheer rock and mostly underground. The church is fairly new, opening in 1969, but has become one of Helsinki’s most popular attractions. 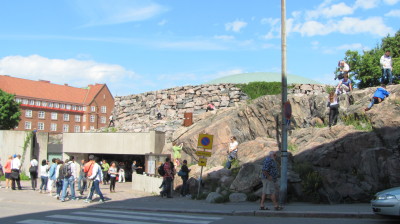 The interior of the church is equally unusual, with its copper roof and window slits. 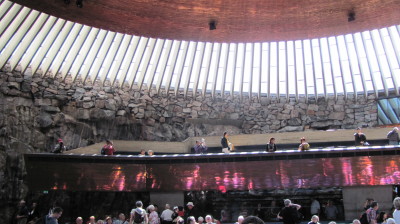 From here we traveled even farther from the City Center to see the Sibelius Monument, a tribute to famous composer and native son, Jean Sibelius. 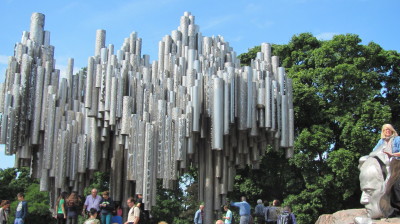 Next we headed for the central part of Helsinki where we admired the Neo-Classical symmetry of the Lutheran Cathedral, the main building on Senate Square. 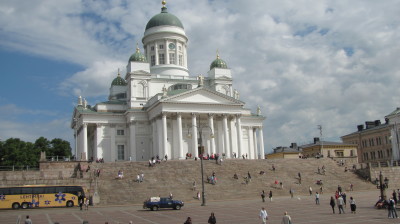 From there we walked down to Market Square, the major gathering place in the city where we became acquainted with Havis Amanda, a nude mermaid whose statue adorns the square. 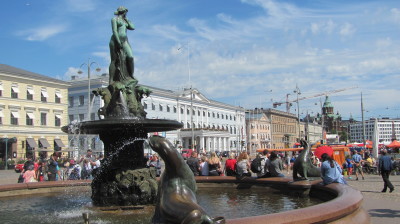 Across the square we could see the Uspenski Cathedral, an imposing Russian Orthodox church. 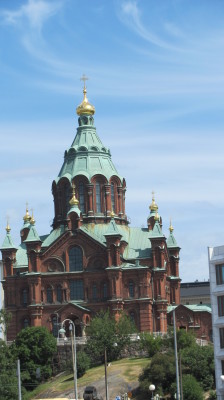