St Petersburg, to me, was the highlight of our Scandinavian Cruise. I was totally excited about visiting Russia, especially the elegant city of the Tsars. Unfortunately, our first day was somewhat ruined by heavy rain in the afternoon when we were on our own, walking around the beautiful city. Our morning was spent at the Winter Palace and the Hermitage, one of the world’s greatest Art museums.

The Winter Palace was the home of Peter the Great, the first of the Romanovs and creator of the city. The Reception Room was a particularly ornate room, perhaps designed to intimidate guests before they were admitted into the presence of the Tsar. 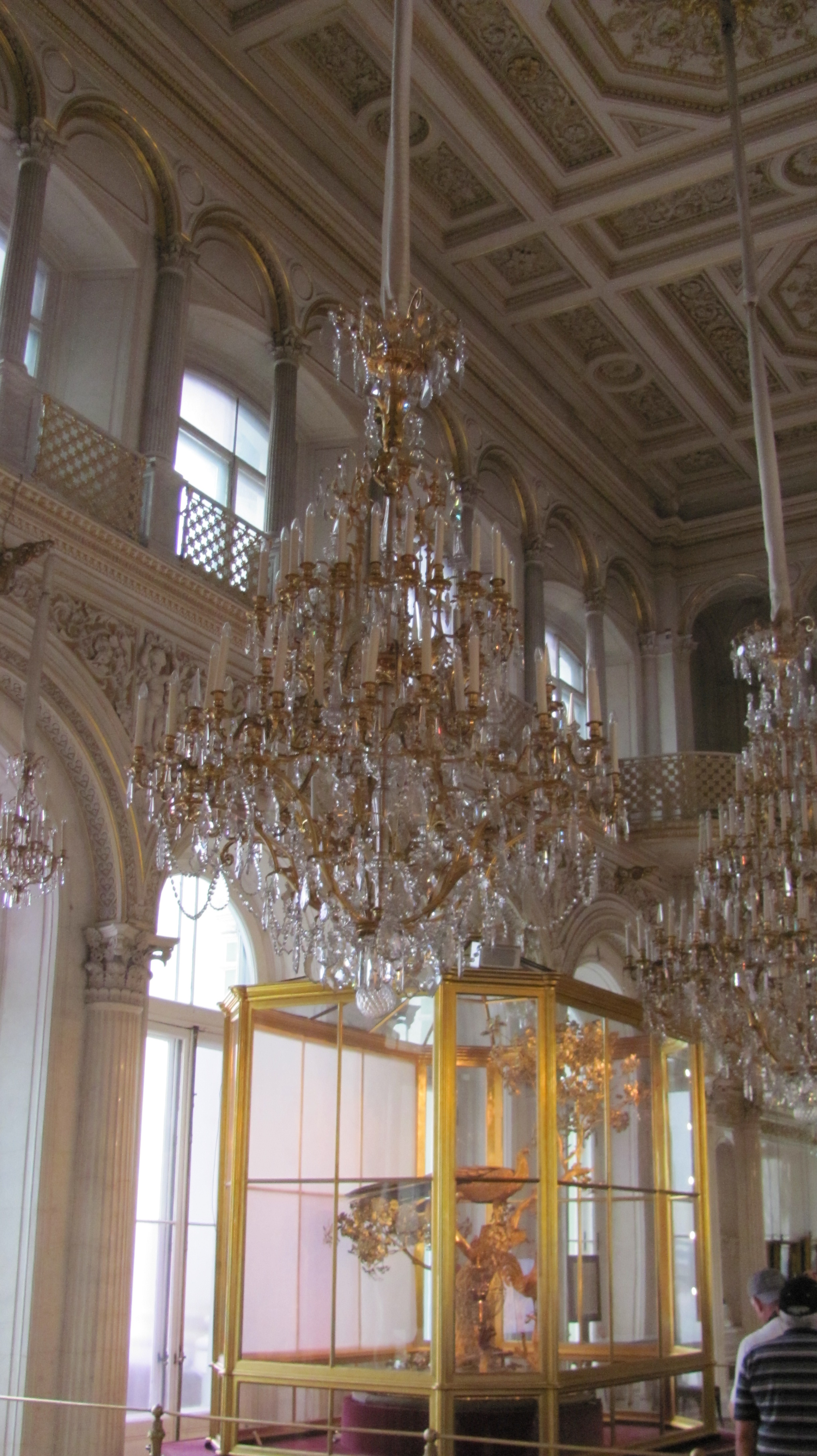 Evidence of the over-the-top extravagance within the Winter Palace can be found in the Gold Room. 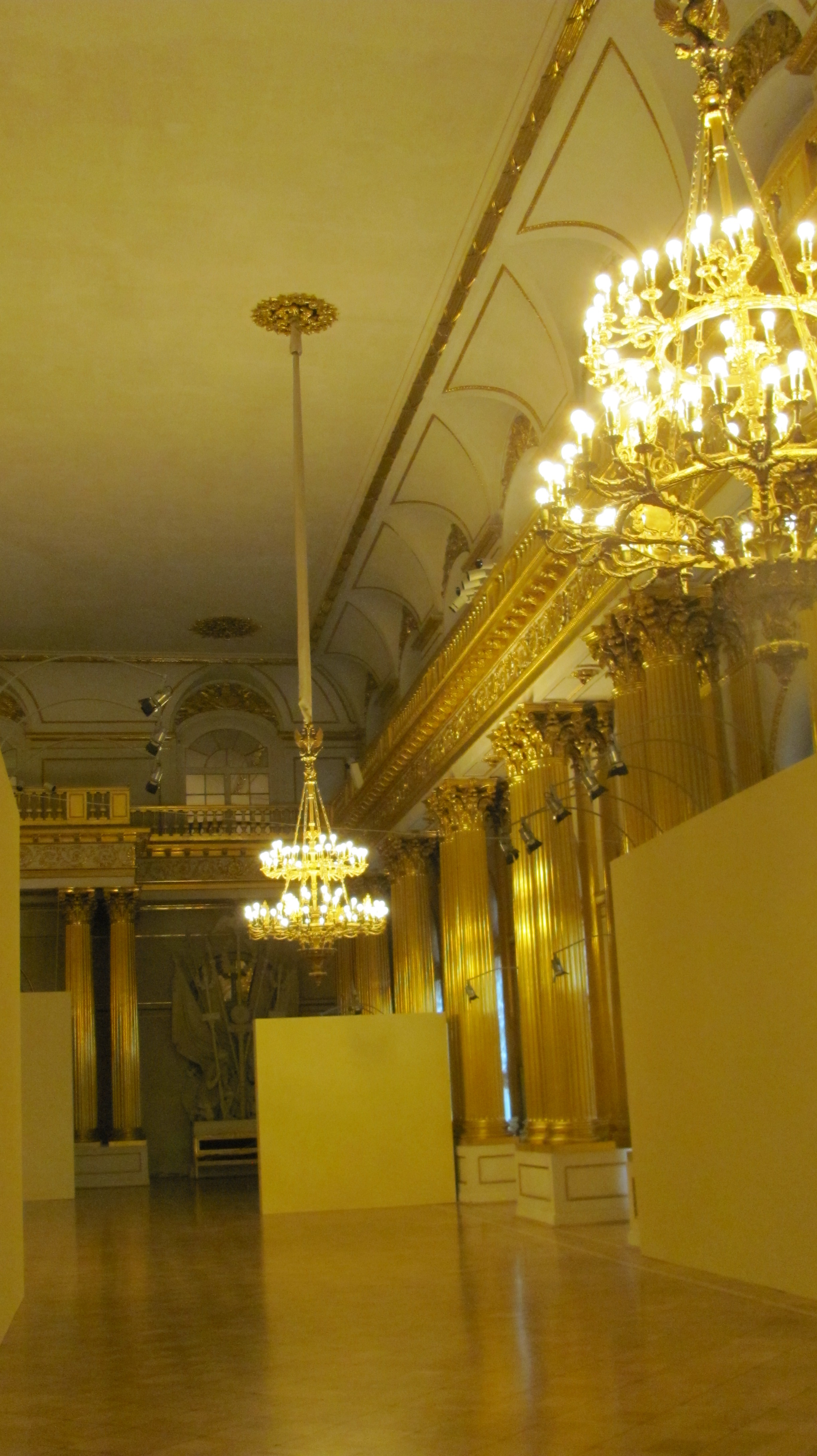 The Hermitage was added to the Winter Palace as a private Art gallery for Catherine the Great. She accumulated an incredible collection of paintings and sculptures from European masters which are now on display here. There were two (2) DaVinci’s, one from early in his career and one from later. 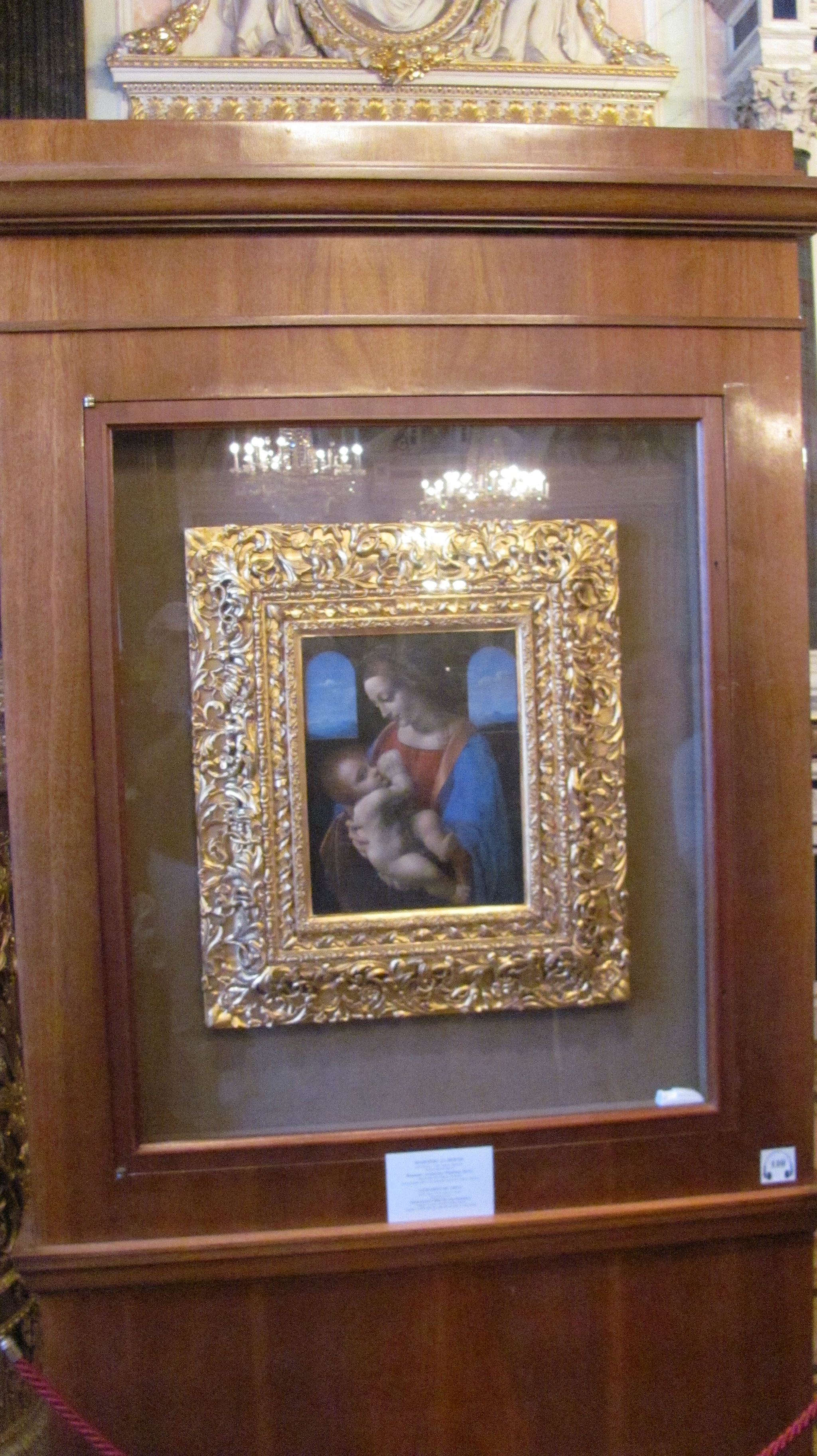 There were a large number of Rembrandt’s, including his The Prodigal Son Returns. 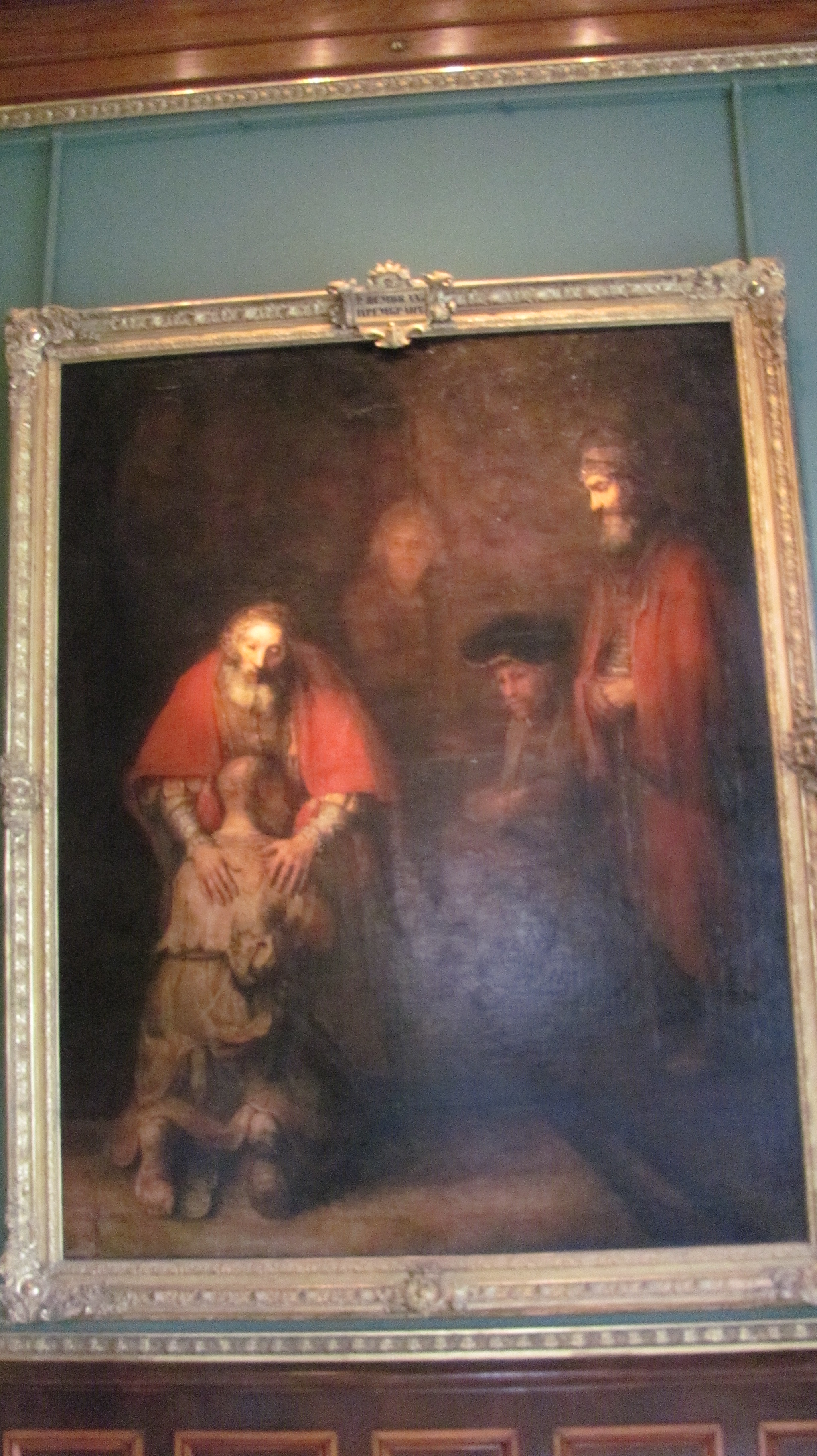 Many Impressionists were represented as well, for example, Monet’s Poppies. 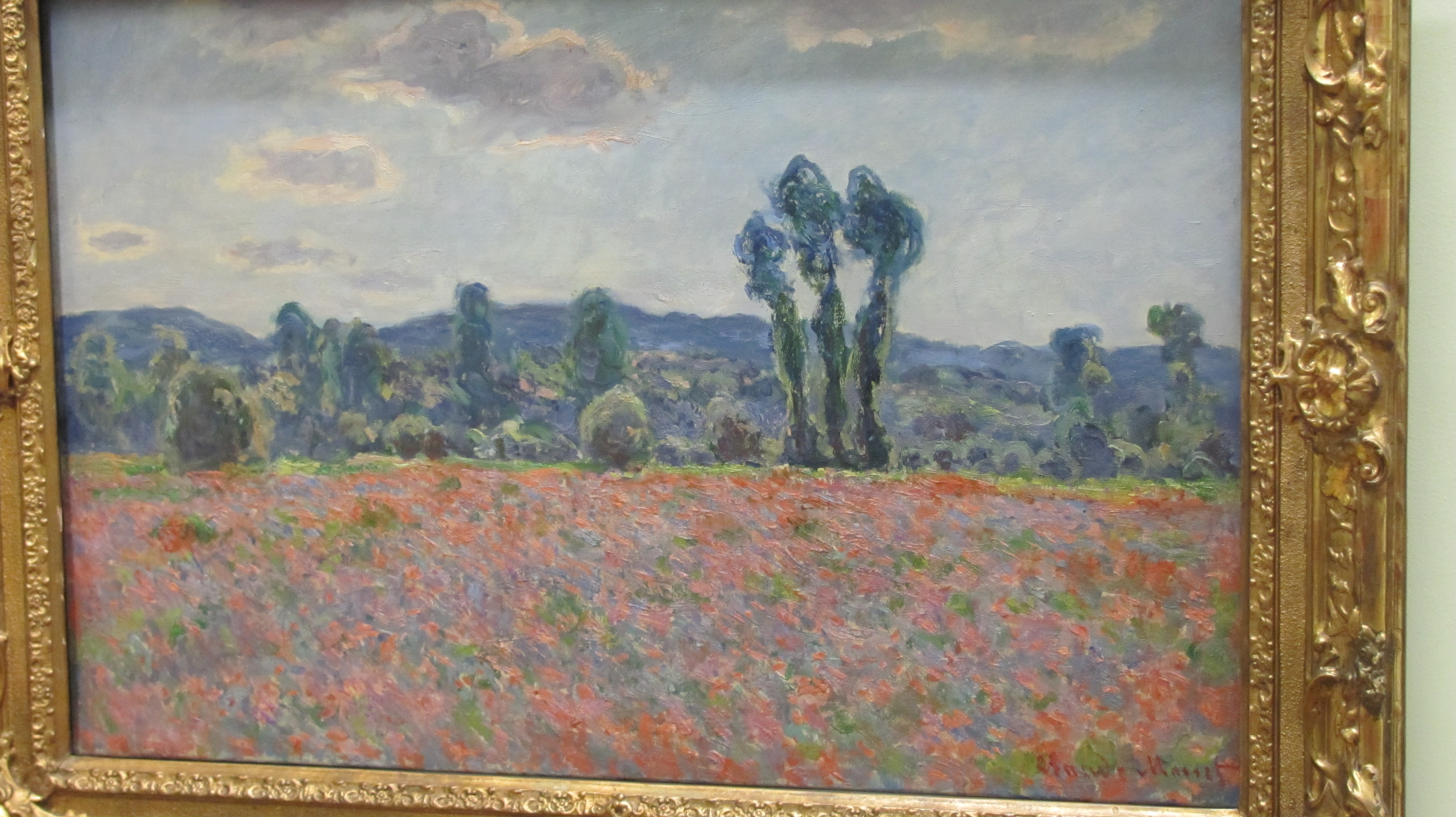 The Winter Palace itself is a grand building, a palace worthy of Versailles or Schonbrunn. 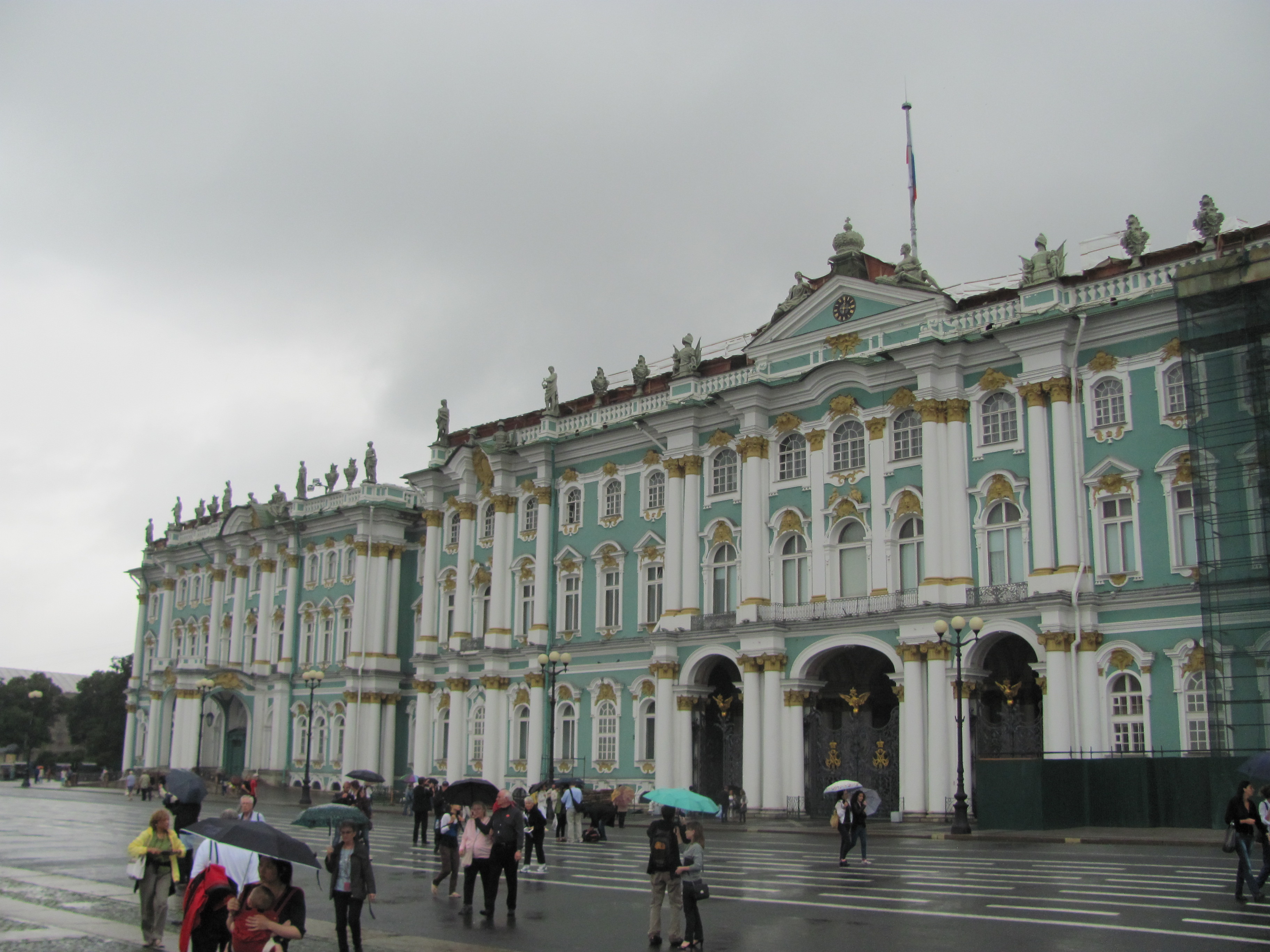 It sits on Palace Square, an elegant and impressive ensemble which includes the Alexander Column, a tribute to Alexander I’s victory over Napoleon and the General Staff Building, one of the largest office buildings in the world. 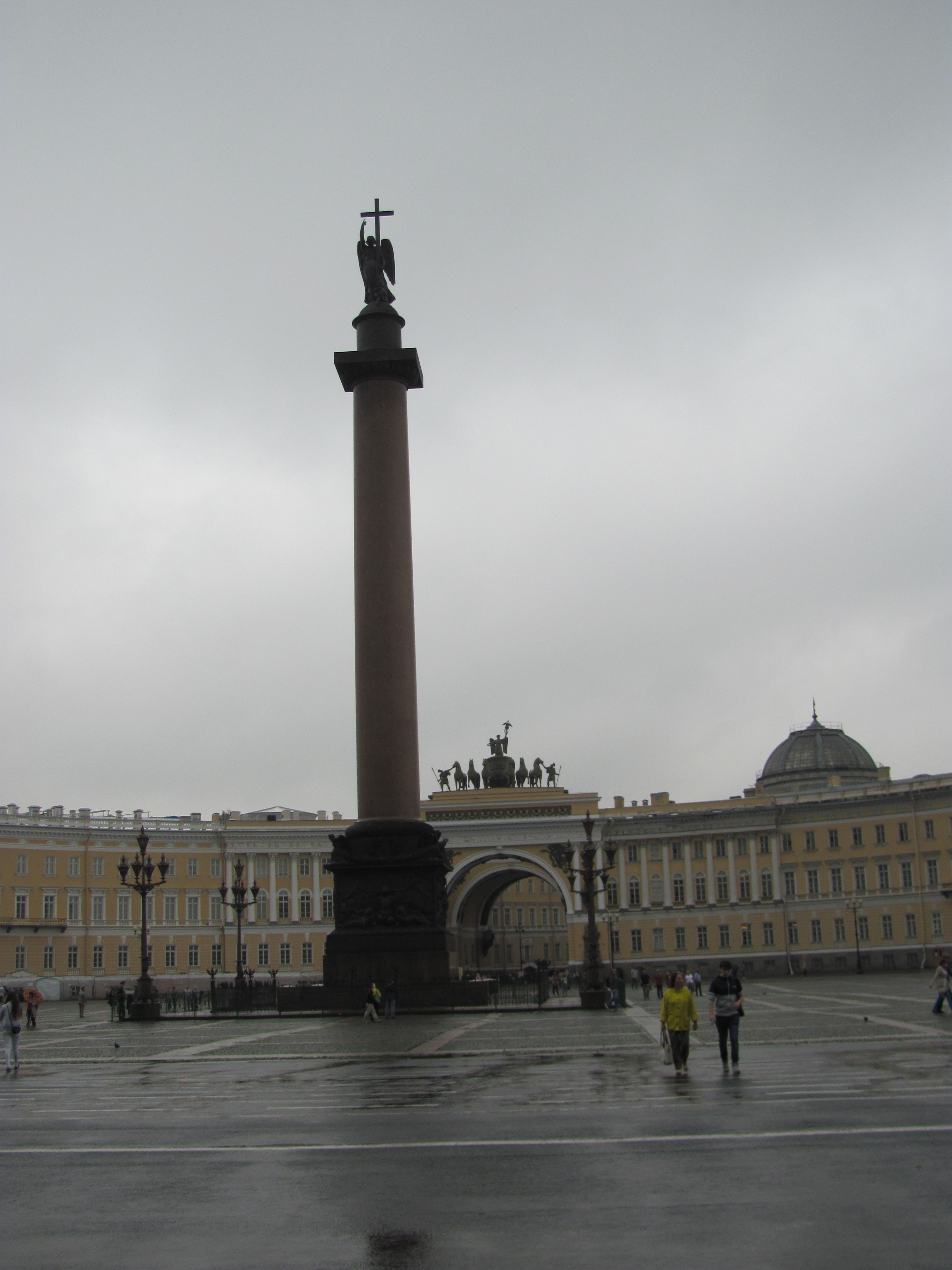 From here we were bused to a shopping area off Nevsky Prospect, the main thoroughfare of central St Petersburg, and dropped off. Unfortunately, it was raining fairly steadily so we could not accomplish much with our time on our own. I did manage to get a shot of St Isaac’s Cathedral, the most important church in the city. 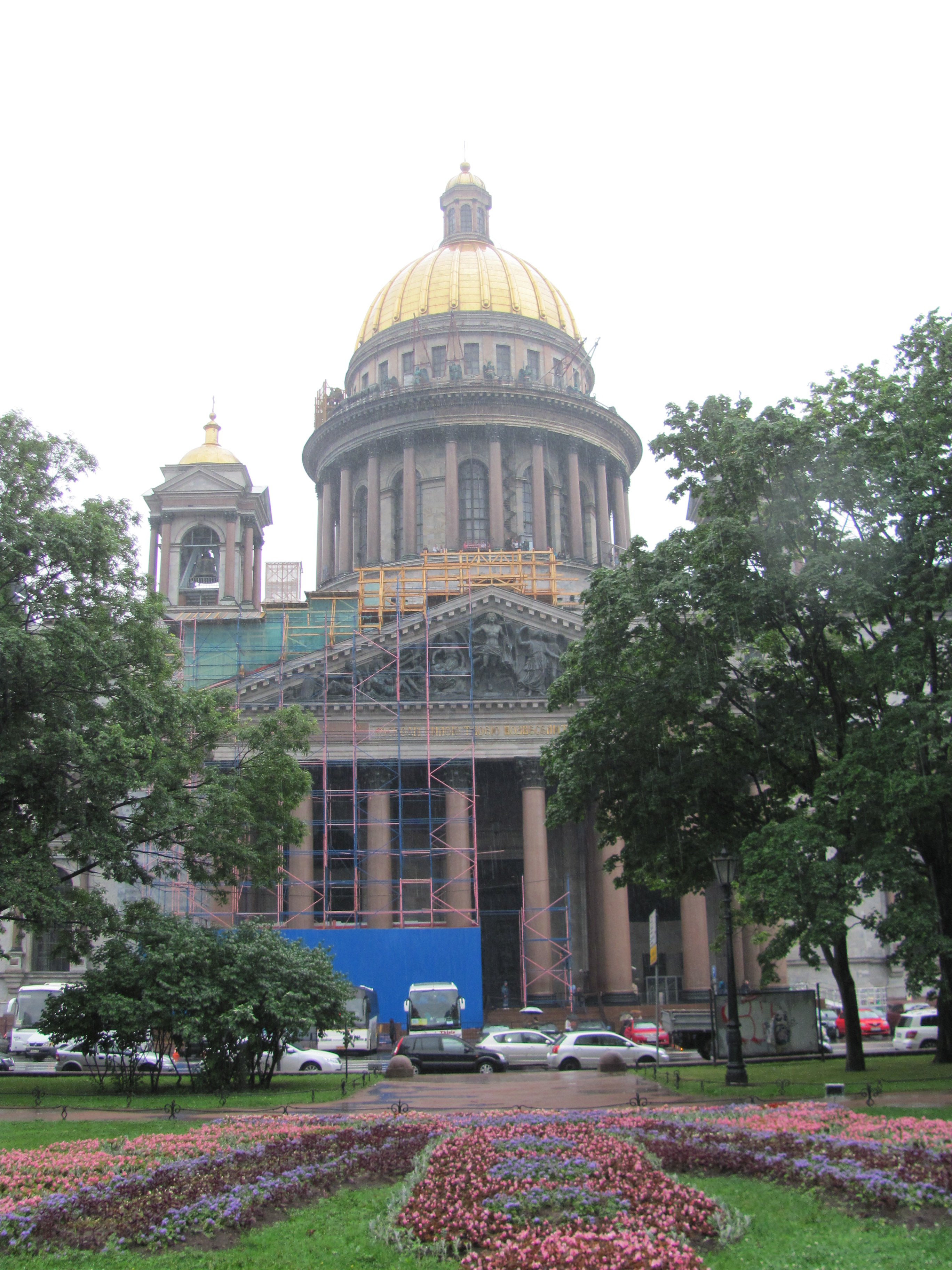 The Admiralty (also under construction) is nearby. 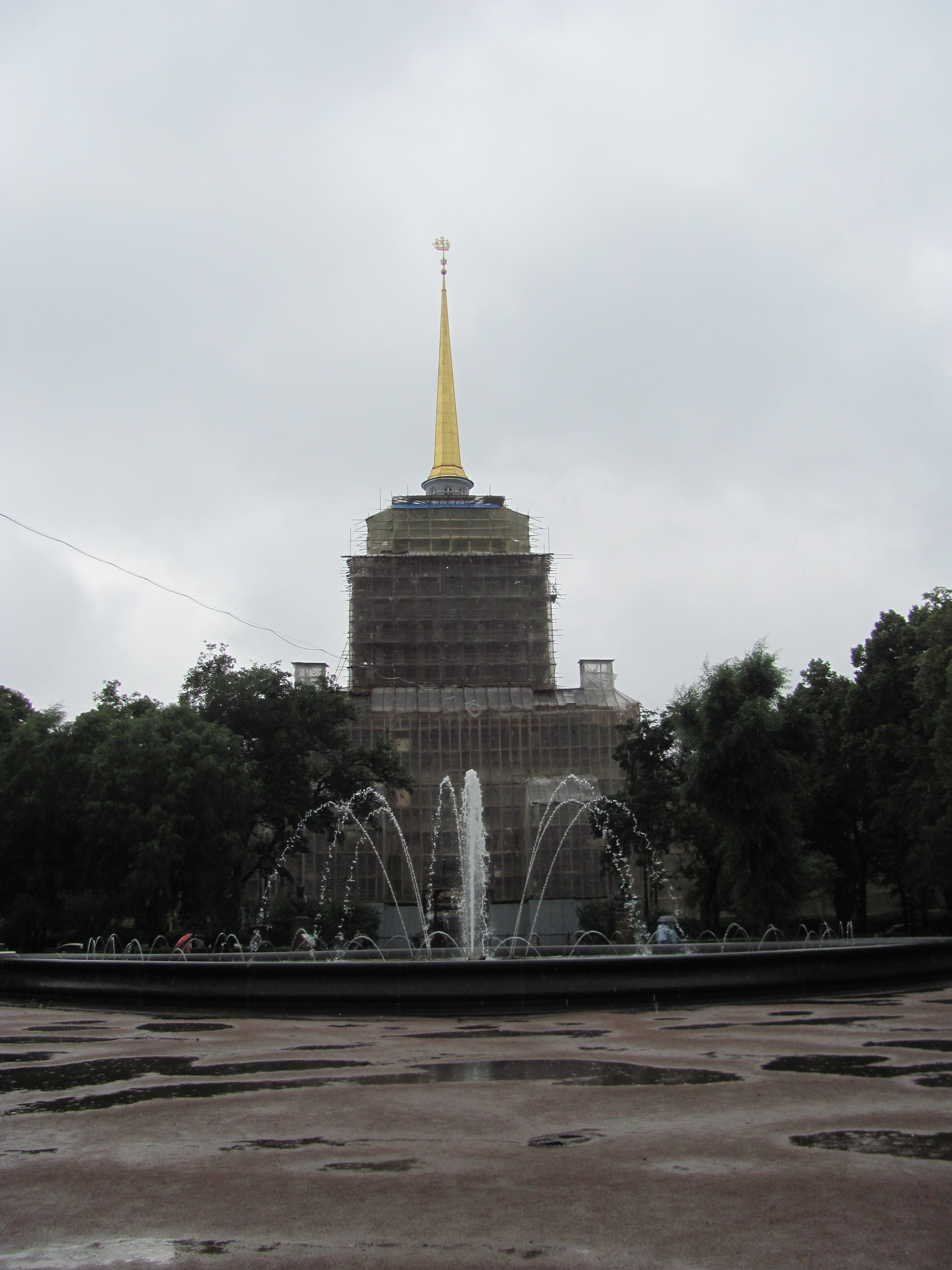 The Kazan Cathedral, built to rival St Peter’s in the Vatican, sits directly on Nevsky Prospect. 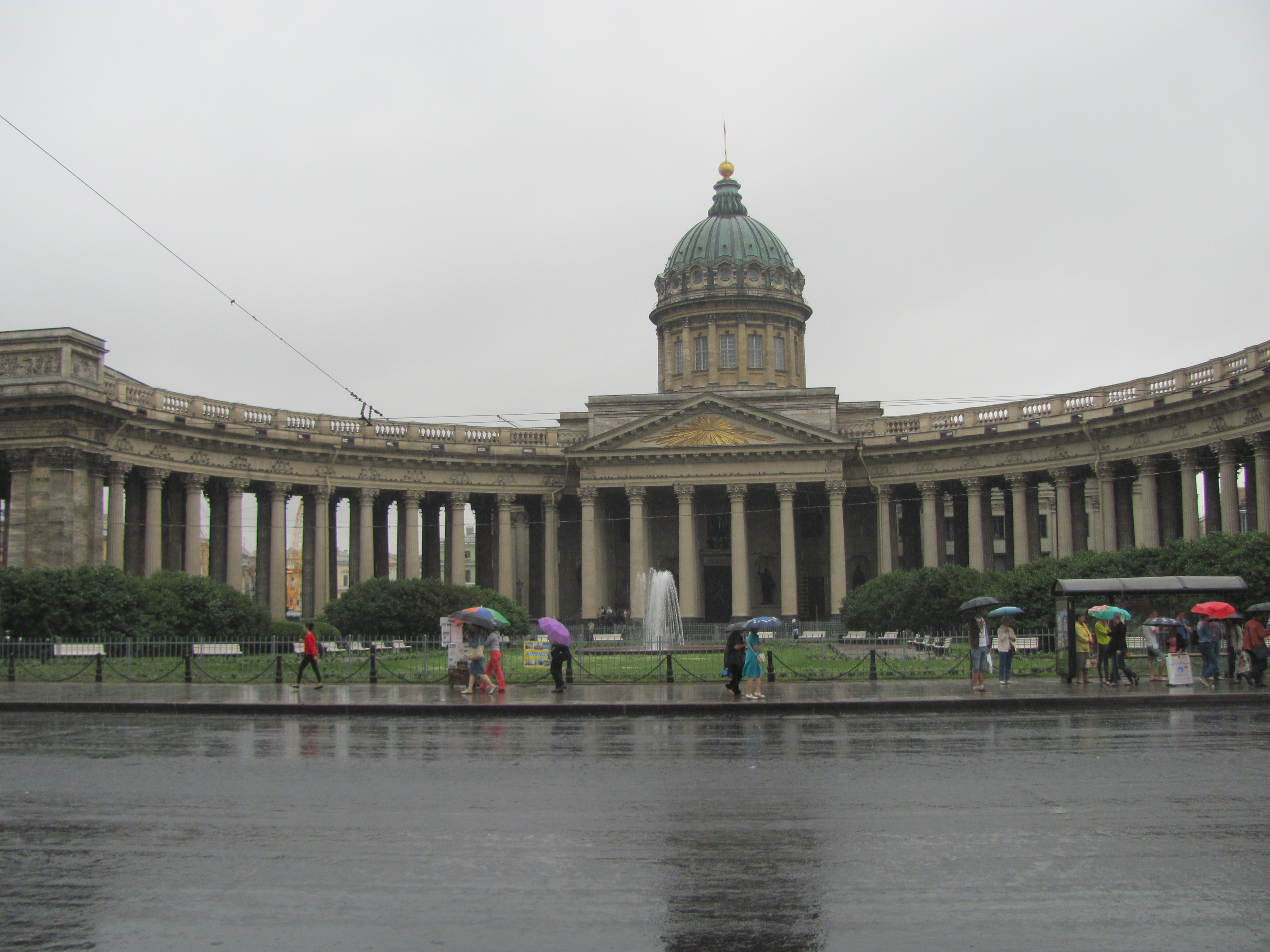 Nearby, along a canal, is the Church of Our Savior on Spilled Blood, named in honor of Alexander II, who was assassinated on this spot. 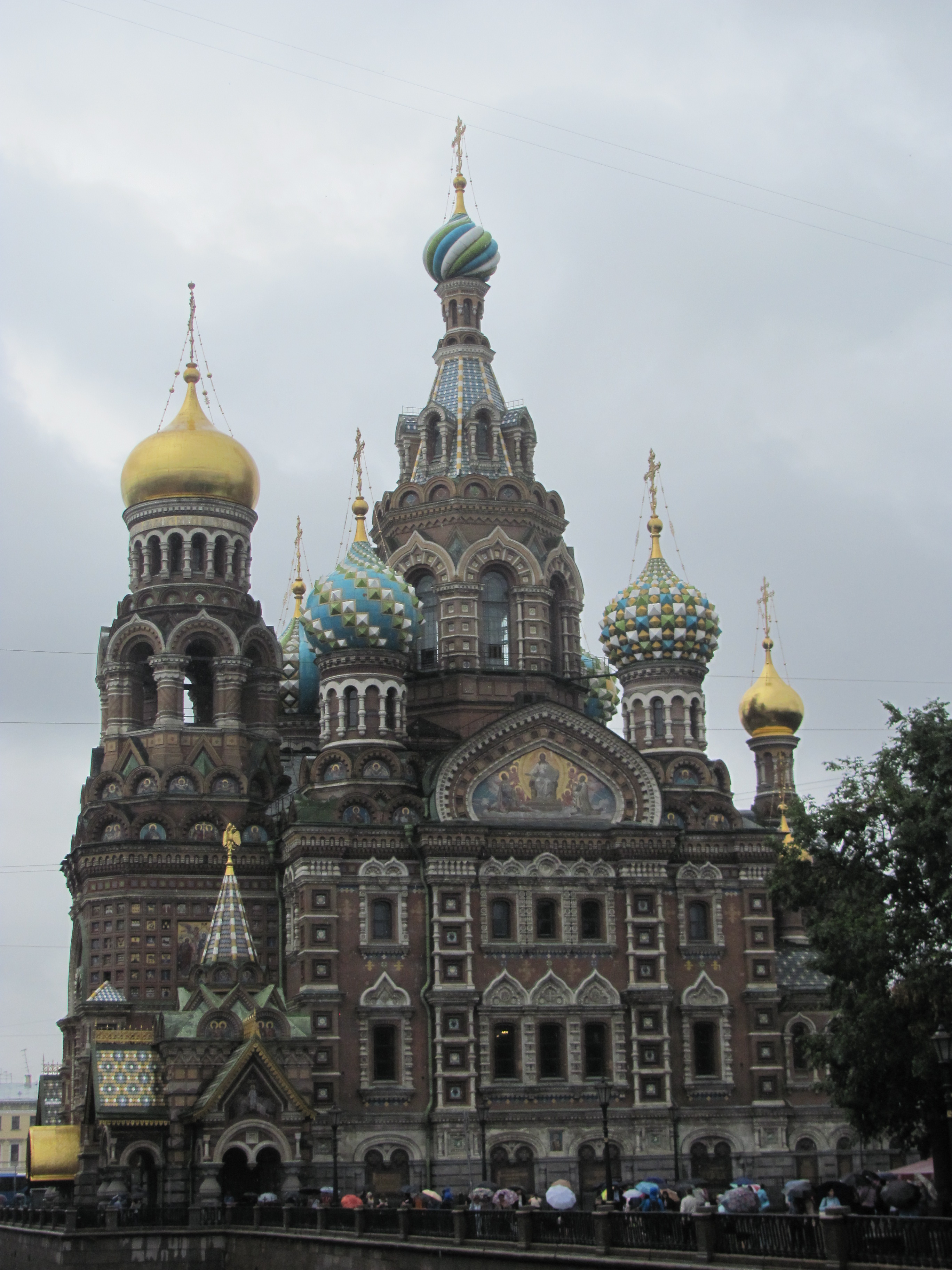 Church of Our Savior on Spilled Blood

As we returned by bus to the ship, I was able to take a photo, through the raindrops on the bus window, of the most important statue in St Petersburg, and one of the world’s greatest statues, The Bronze Horseman, an equestrian sculpture of Peter the Great. 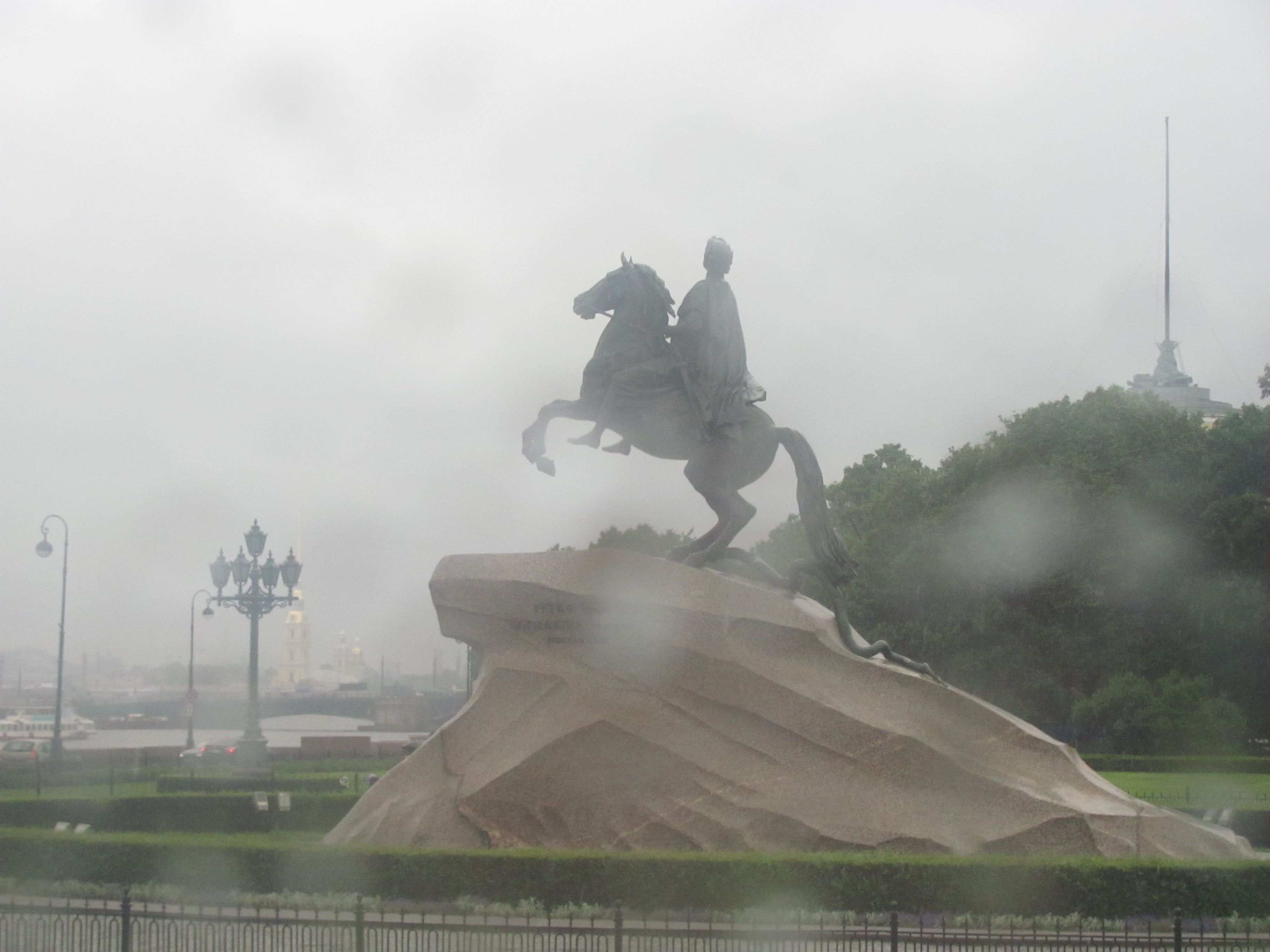