We have reached the best of the top 40 tourist attractions on the Iberian Peninsula. Most of the sights in this group are Iberia’s most popular cities and towns.

10. Seville’s Cathedral and Alcazar — One of the world’s largest cathedrals can be found in this capital of Andalusia, one of Spain’s most visited regions (Walking Tour is available for just $1.49 on the website). 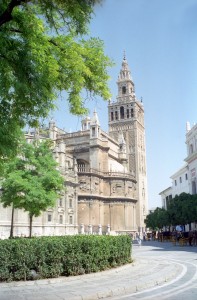 9. Toledo, Spain — One of Spain’s most visited cities lies just southeast of Madrid. It is noteworthy for its walled city center which is fun to walk (Walking Tour is available for just $1.49 on the website). 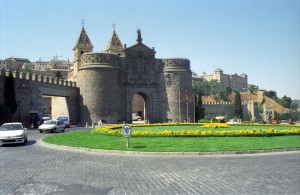 8. Segovia, Spain — This town, located to the northwest of Madrid, has three significant attractions — a Roman aqueduct (which still operates), El Alcazar, a fanciful castle, and a beautiful cathedral (Walking Tour is available for just $1.49 on the website). 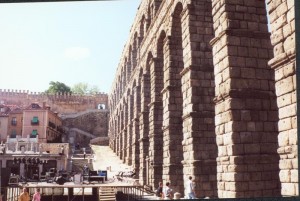 7. Belem District, Lisbon, Portugal — Much of Lisbon’s charm and major attractions are found here, several miles from the Lisbon city center. Here visitors will find the Monument to the Seafarers and other noteworthy sights.

6. Sintra, Portugal — Here is a city of palaces, just outside of Lisbon. Sintra was where the royalty of Portugal chose to erect their elaborate castles (Walking Tour is available for $1.49 on the website).