A visit to Austria, Germany, and/or Switzerland is a wonderful experience. There are many fabulous palaces and castles, several architecturally stunning cities, and numerous small towns, perfectly landscaped and presented. There is enough history to satisfy the most curious and plenty of great museums, as well.

Here are Gary’s top 50 tourist attractions in Austria, Germany, & Switzerland presented in descending order from less important to most important.

25. Nordlingen, Germany — This ancient walled, medieval town is one of the more enchanting spots on the Romantic Road.

24. Zwinger, Dresden, Germany — This Baroque masterpiece, modeled after Versailles, was completely destroyed in World War II but lovingly rebuilt. It is now a series of museums displaying items such as, porcelain, weapons, etc.

23. Melk Abbey, Melk, Austria — Perched on a prominent ridge above the Danube, this opulent monastery complex draws thousands of tourists since it sits between Salzburg and Vienna. 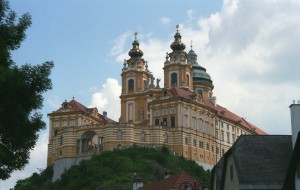 22. Fussen, Germany — Lying at the southern end of the Romantic Road, Fussen is a popular base of operations for visitors to Neuschwanstein (see #11 below). However, it is a delightful village to explore in its own right. 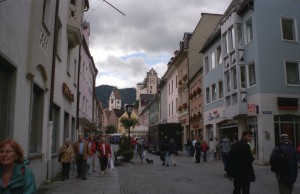 21. Nuremberg, Germany — Known most extensively as the location of the War Trials following World War II and the Holocaust, Nuremberg has been restored and rebuilt following Allied bombing raids that destroyed much of the city.