This group contains some of Italy’s true icons of travel. They span the country from Sicily to Milan.

15. Taormina — Sicily most adored village sports a well-preserved Greek Amphitheater and commanding views of Mt Etna (Walking Tour available for $1.49 on this website).

14. Piazza del Campo, Siena — The center of life in Siena is this large, sloping, rather oblong square which is the home of City Hall (Palazzo Pubblico) and many shops and restaurants. It is also the scene, twice during each summer, of the Palio, a no-holds-barred horse race between rival communities. 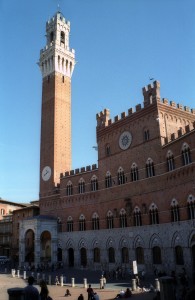 13. Duomo, Milan — This incredible religious building is both one of the largest churches in the world and one of the most beautiful. The detail on the exterior is positively awe-inspiring. 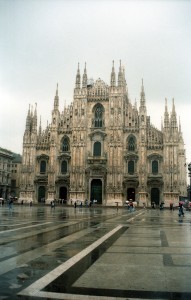 12. Isle of Capri — This heavenly island, off the Amalfi Coast,  is a popular day trip from Naples or Sorrento. Visitors can walk through the narrow streets of the adorable village or perhaps book a side trip to the Blue Grotto. 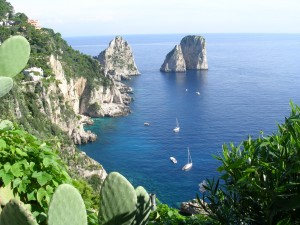 11. St Peter’s Basilica, Vatican City — The largest church in the world is, fittingly, the church presided over by the head of the Roman Catholic religion. It was built over the grave of St Peter, Jesus Christ’s “top” apostle.