We have reached the cream of the crop, the top twenty in our countdown. There are several Scottish sights here as well as one from Northern Ireland.

20. Edinburgh Castle, Edinburgh, Scotland — This formidable castle sits high on a hill at one end of Edinburgh’s Royal Mile. Parts of the castle date to the early 12th Century. The castle is still operated as a military institution and also houses Scotland’s Crown Jewels. 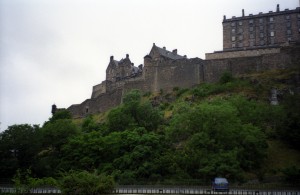 19. Scottish Highlands — The wild and beautiful highlands may be Scotland’s greatest travel treasure. The land is relatively unspoiled and offers amazing scenery around every bend. 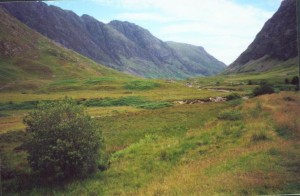 18. Chester, England — This city in western England, near the border with Wales, has become a major tourist destinations because of nearly intact city walls and its “rows,” two-story tudor-style shops.

17. Caernarfon Castle, Wales — Caernarfon is one of the most impressive castles in Great Britain. It dominates the town on the northern coast of the country and served as a seat of power for the British in this part of Wales.

16. Giant’s Causeway, Northern Ireland — Imagine a collection of hexagonal rocks forming steps along the coastline. This the Giant’s Causeway, actually thousands of basaltic columns standing side by side giving the illusion of stairs.