This group includes of the top 60 tourist attractions in the United Kingdom includes travel sights in England and Scotland.

30. Stirling Castle & the Wallace Monument, Stirling, Scotland — This castle is one of the most important in Scottish history. During the War of Independence it changed hands several times as a result of sieges. A statue of Robert the Bruce sits inside the castle walls while a monument to William Wallace stands nearby. 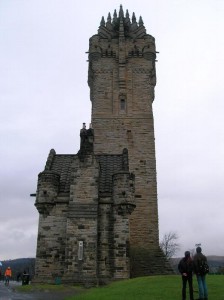 29. Glasgow, Scotland — Scotland’s second largest city has become a center for the Arts with its many museums.

28. Harrod’s Department Store, London — To me, the most interesting department store in the world. Besides its incredible variety of goods and its remarkable displays, the architecture of the venue, alone, necessitates a visit to this fantastic retail paradise. 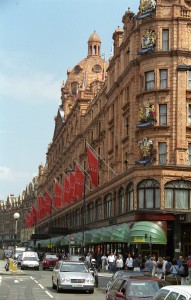 27. St Andrews, Scotland — The location where the popular sport of golf originated is a very popular day trip from Edinburgh. Whether you play the Royal and Ancient Golf Club or just visit the town, an excursion here is rewarding.

26. Liverpool, England — Liverpool draws thousands of tourists each year because it was once the home of the Beatles, the greatest rock band in the history of music. People come to visit the sights mentioned in the songs, such as Strawberry Fields, Penny Lane, etc.