Oklahoma City, Oklahoma —  A domestic terrorist put this city on the tourist destination map with his abominable act on April 19, 1995. 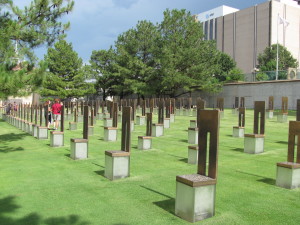 Other Midwestern US capitals I have visited for which I have no pictures: