Suzhou is not truly a “water village” (see Zhouzhuang post above) although it also has a series of canals which traverse the town. It is much more famous for its Classical Chinese Gardens. Canals, however, are very visible as one walks through town. 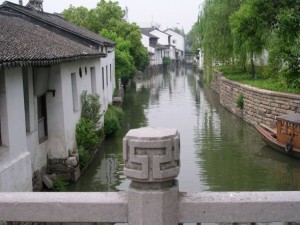 The gardens themselves are replete with water, bridges, and aquatic plants such as water lilies. 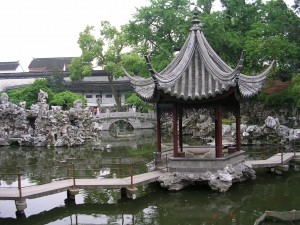 The most popular Chinese Garden in town is the Humble Adminstrator’s Garden. 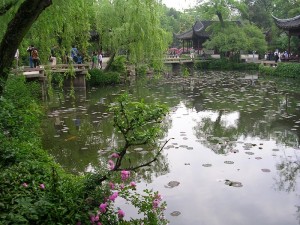