Zhouzhuang, China — This town is one of a few locations in this part of China known as “Water Villages” because much of village life revolves around canals and waterways. The town is enchanting. Take a boat ride through the canals to get a peaceful perspective; 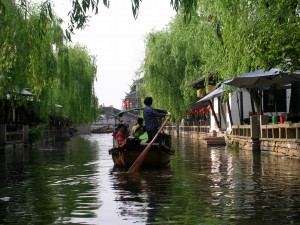 then walk the narrow streets to approach the atmosphere differently. Find adorable squares and lovely architecture throughout. 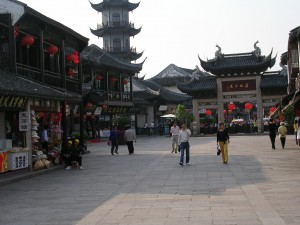 Visitors are greeted with floral displays and friendly people.

The bridges in town are distinctive and unusual.