We reached our first port of the cruise, the Mexican island of Cozumel, which sits just east of the Yucatan peninsula, opposite Playa del Carmen and not too far from Cancun. We took a cab into town, the village of San Miguel de Cozumel, where we sampled a few shops and wandered for a while. The cruise ship dock is several miles from town so the cab ride cost $7.00. Along the waterfront of town there are some sculptures, one of which was interesting enough to photo. 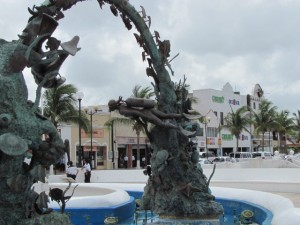 One block in from the waterfront, the Main Square is delightful. 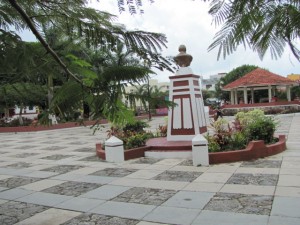 On a tour of the island, we went first to El Cedral, once a Mayan village, now simply a tourist stop. The church is interesting. 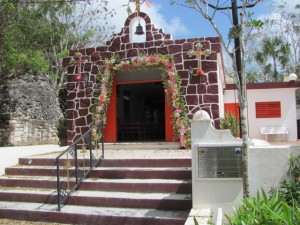 Next to the church are the remains of a Mayan temple (not very impressive). 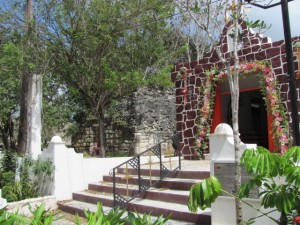 From here, we continued south, along the western coast, to Punta Sur (South Point) where we took a few photos of the rough surf 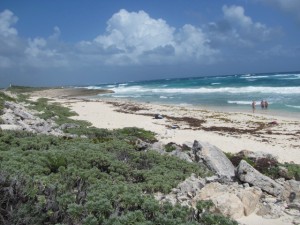 and the charming gathering place. 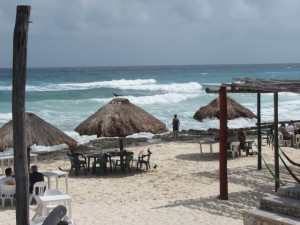 Next it was off to the most photographed part of the island, El Mirador, where we could see a large offshore rock which resembles the head of a turtle. 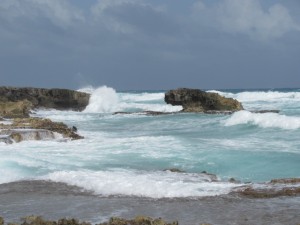 At dinner later that night the guys celebrated Hawaiian night with their attractive shirts. 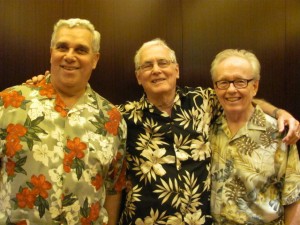