We took a tender into town to board our first Celebrity excursion, Belize City Tour by Carriage and Wagon. It was a great introduction to this interesting country, the only English-speaking country in Central America. Our carriage driver and guide, Omar entertained us with history and humor as we explored the northern part of the city. We stopped at the Baron Bliss Lighthouse, named for the country’s major benefactor. 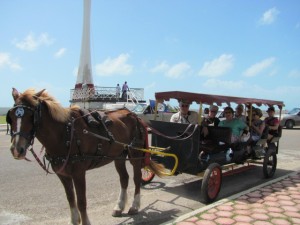 Our Carriage & the Baron Bliss Light

One of our stops was the Belize City Museum, housed in a former prison, where Rudy delighted us with some of the island’s stories. 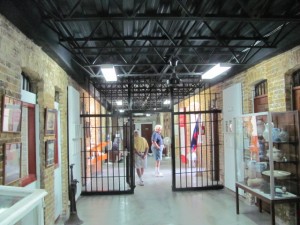 We were eventually turned over to Randy, (yes, we were expected to tip them all!) who drove the motorized wagon through the southern part of town (the poorer section). One of Randy’s stops was at the oldest church in town (1812), St John’s Episcopal Church. 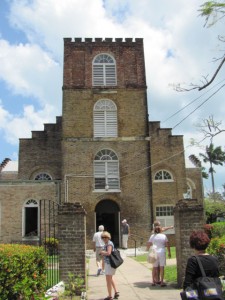 After crossing over the Swing Bridge, a manually-controlled bridge which separates the two sides of the city, 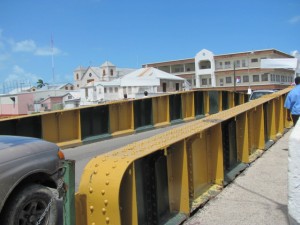 we returned to the international port shopping center where we waited for a tender to ferry us back to our ship. Although much of the city is rundown and ramshackle, there is some Colonial architecture that deserves mention. Many of these old homes are made from pure mahogany. 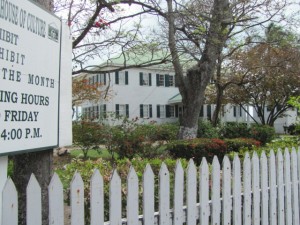