Why Go to the Petrified Forest?

Petrified Forest National Park lies in eastern Arizona, near the New Mexico border. The park preserves a multitude of petrified trees from the Triassic Period of the Earth’s geology. The trees were buried under tons of material for millions of years so that the wood was invaded by silicates, crystallizing into quartz, a process known as petrification. Tectonic forces uplifted the region about 60 million years ago, exposing the petrified trees. This area is part of a geologic feature known as the Chinle Formation, characterized by colorful sandstone and is affectionately called the Painted Desert. Include Petrified Forest National Park in your southwestern USA itinerary for at least the following reasons: 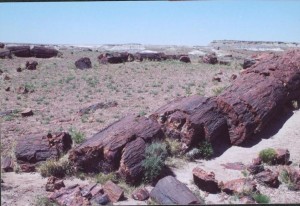 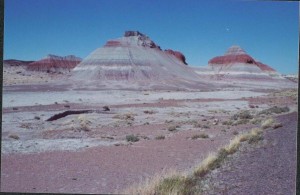